MHI Vestas Offshore Wind has handed over the commercial operation of the 56 V164-8.3 MW wind turbines on the Borkum Riffgrund 2 offshore wind farm to Ørsted.

This marks the official inauguration of the most powerful turbines in the German offshore wind market, MHI Vestas said.

“With MHI Vestas’ 8.3 MW turbines for Borkum Riffgrund 2, we set a new milestone for offshore wind in Germany, by pioneering this technology in German waters.”

The installation of the wind farm’s turbines, which was completed ahead of schedule in 2018, also included the 100th V164 turbine to be installed by MHI Vestas worldwide.

“The collaboration with Ørsted and other installation partners on Borkum Riffgrund 2 was outstanding,” said Flemming Ougaard, Chief Operations Officer for MHI Vestas.

“The project is a noteworthy contribution to the German clean energy transition.”

The project marks the opening of MHI Vestas’ activity in Germany as the company gears up for installation of 33 V164-8.4 MW turbines at Deutsche Bucht.

In addition, MHI Vestas has been named preferred turbine supplier for up to 52 V174-9.5 MW turbines for Baltic Eagle, scheduled for installation in 2022-2023. 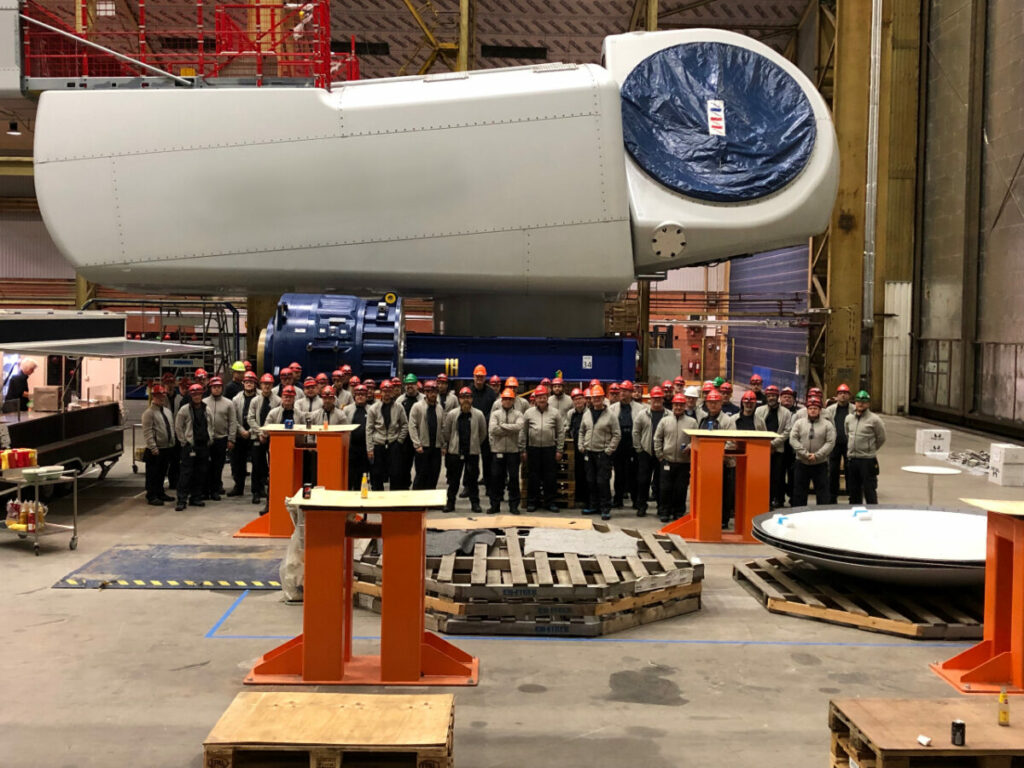