Innogy has contracted Esvagt to provide its service operation vessel (SOV) Esvagt Froude for the construction of the Triton Knoll offshore wind farm in the UK.

The contract will see Esvagt Froude support the construction of the project’s 90 MHI Vestas 9.5MW turbines, scheduled to be installed between the beginning of next year and the end of 2021.

According to the company, the vessel will be used for the transportation of personnel and equipment.

“Triton Knoll will be built around 30 km off the coast and highlights the challenge of building larger turbines, further offshore and in deeper waters. This has prompted a strategic decision by innogy to place its construction management team offshore,” said Julian Garnsey, Project Director for Triton Knoll at innogy.

“Traditionally, our offshore construction was coordinated from an onshore base, but as wind farms get bigger and further from shore, we needed to do more to cut down on transit times and improve our ability to respond quickly. The ‘Esvagt Froude’ provides a fully integrated on-site solution to offshore construction and so is far more cost-effective, helping to drive down the costs.”

Esvagt will also continue working on Triton Knoll after its construction phase under a contract signed with MHI Vestas for servicing the project. An SOV for the purpose is currently being built, the company added.

Triton Knoll is being developed by Innogy Renewables UK Ltd in partnership with J-Power and Kansai Electric Power. The 860MW project is expected to be operational in 2021. 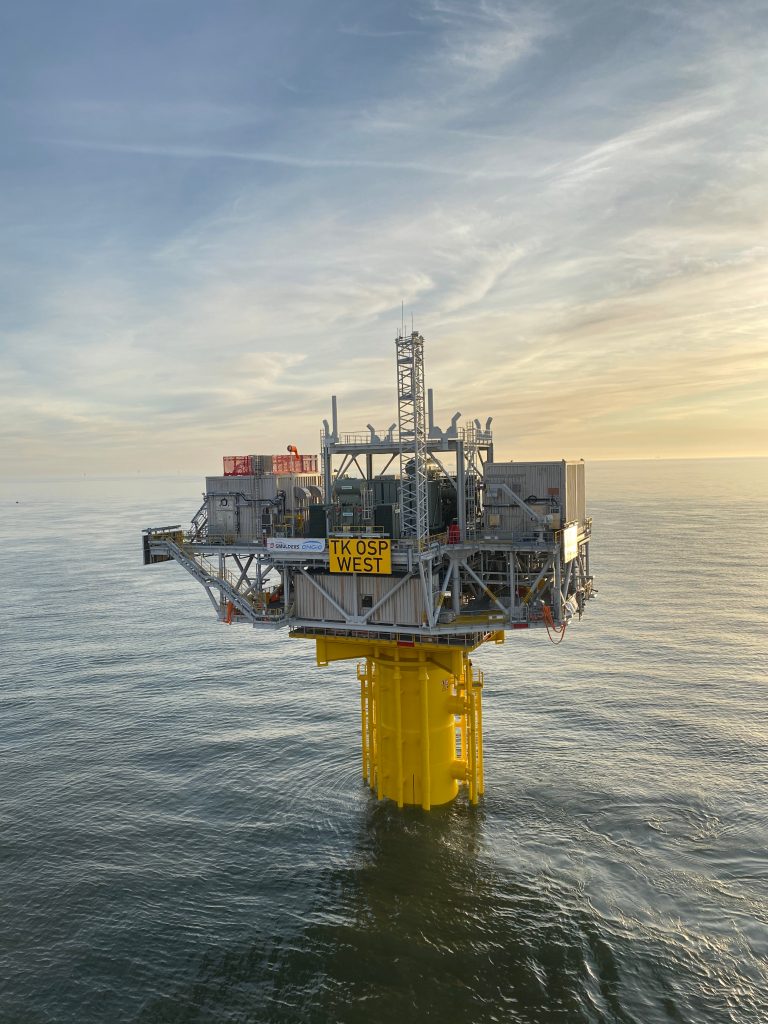