At Maasvlakte 2 in the Port of Rotterdam, Fistuca is currently testing the BLUE Piling technology for driving the foundation piles of offshore wind turbines into the seabed.

The BLUE Piling technology, the BLUE Hammer, is said to reduce installation costs as well as the levels of the underwater noise.

With BLUE Piling, a column of water is pushed up by the combustion of a gas mix. The water then falls back down by force of gravity and strikes the monopile.

Huisman Equipment of Schiedam co-financed the technology currently being tested at Maasvlakte 2 near monopile manufacturer Sif. Studies are also being run to establish whether the BLUE Piling technology works well and whether any improvements are needed.

The top of a monopile is sealed off for the test. The pile can be struck without it sinking into the ground.

“This way we can use the same pile to test our pile-driving technology for weeks. When testing is over, we will demonstrate that the whole monopile can be used again. That too is something completely new,” Fistuca’s Director Jasper Winkes said.

The relatively slow pile-driving movement means the monopile suffers less damage than with convention methods. It is even possible to drive in a fully assembled pile, i.e. complete with boat landing, ladders, corrosion protection etc. This new technology promises a significant reduction in the time and correspondingly lower costs involved in installing a foundation.

“The pile foundation can be completed in one go, with no more offshore work being required afterwards,” Winkes said.

At the end of the summer, an offshore test run jointly by Sif, Van Oord and the eight largest energy companies with offshore wind power operations will be conducted near Rotterdam.

“Our aim is that BLUE Piling will allow us to reduce both the cost of installation and the cost of the foundations themselves. We can install the foundations for offshore wind turbines in fewer steps while extending the lifespan of the monopiles,” Winkes said.

”This means savings running into the millions for each wind farm, which in turn will mean lower costs for wind power. Another major impact could be made by changing the design of monopiles to accompany the BLUE Piling technology. You would be able to make certain parts lighter because you cause less damage when pile driving.”

The BLUE PILOT project is part of the Carbon Trust’s Offshore Wind Accelerator programme and is being jointly funded by a number of offshore wind developers, industry partners and the Dutch government. 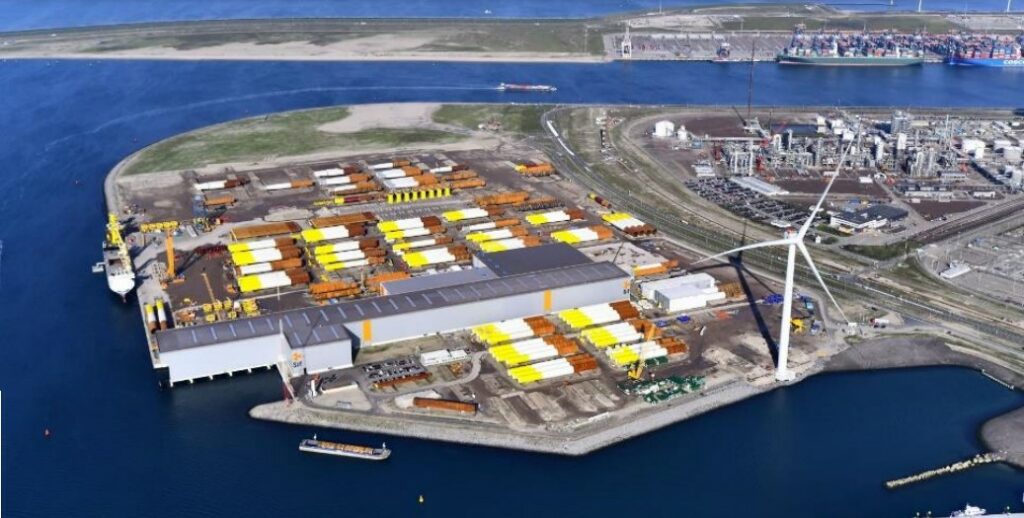