Having received over 250 entries, Managing Director Michael Kahn made a list of top three with the competition committee and chose Stella Synergy as the overall winning name.

“Stella Synergy is a beautiful name that captures the many elements of the Jumbo spirit – It symbolises Jumbo 50 years ago when we started as pioneers in the heavy lift industry with our first ‘Stella’ vessel. It also symbolises the complementary relationship between today’s shipping and offshore divisions, as well as the cooperation of the two families, namely Borchard and Kahn,” Kahn said.

“Most of all, Stella Synergy symbolises what we strive to achieve when we work together with our clients and as a team.‘’

The winning name was entered by Jiovanni Pardillo, Jumbo’s AB crew member, who won a prize of EUR 2,500 referring to the 2,500t lifting capacity of the vessel’s main crane.

Designed together with Ulstein Design and Solutions, Stelly Synergy comprises a triple hoist for complex upending operations and an Active Heave Compensation (AHC) auxiliary block of 600mt with a depth rating of 3,000m. The second subsea crane will have the capacity for 400t with an AHC main hoist to control the position of a load relative to the seabed, according to Jumbo.

The vessel is able to run on natural gas (LNG) and will be powered by dual-fuel engines, Jumbo said, adding that the hull will be outfitted with an X-BOW said to enable a more consistent transit speed and offshore workability in severe weather conditions.

The 185-meter long and 35-meter wide Stella Synergy is scheduled for delivery in the first quarter of 2020.

Jumbo signed a Letter of Intent with China Merchants Industry Holdings (CMIH) in December 2017 for the provision of detailed engineering and construction of the new HLCV. 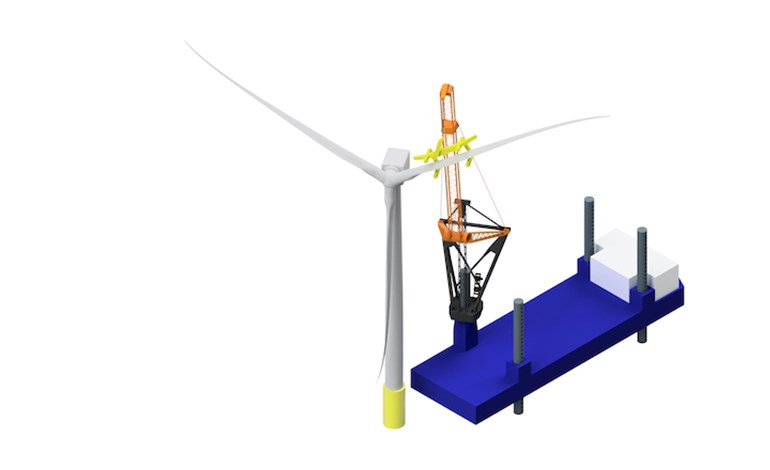