A Dutch consortium led by KCI has trialed and tested a Double Slip Joint concept, a new method of connecting a wind turbine monopile to a transition piece, on a 1/5 scale prototype model.

The Double Slip Joint is being developed by KCI, together with partners Van Oord and Sif, to replace grouted or bolted connections between transition pieces and monopiles on wind turbine foundations. The joint project has been set up with support from TKI Wind op Zee.

Test plans and test results will be reviewed by DNV-GL as a first step towards design certification. The Double Slip Joint will participate in the Borssele V tender for the first full scale demonstration offshore in 2020, the developers said.

The Double Slip Joint is based on the use of two sets of two conical rings which can be placed inside each other and have a conical angle of two degrees.

The prototype’s diameter is 1.6m and the longest component, the transition piece, is about 15m long. The total weight is 12 tons. The small monopile is about 6m long and weighs 5 tons. Once built, the prototype was transported about 240km by road from Sif Roermond to WMC Wieringerwerf.

Borssele Wind Farm Site V is earmarked for innovative technology and can accommodate 20MW. The aim is to demonstrate as much breakthrough innovations as possible. To win the tender for Borssele V, bidders will have to showcase their innovations’ contribution to the cost reduction of offshore wind energy, as well as to the Dutch economy. 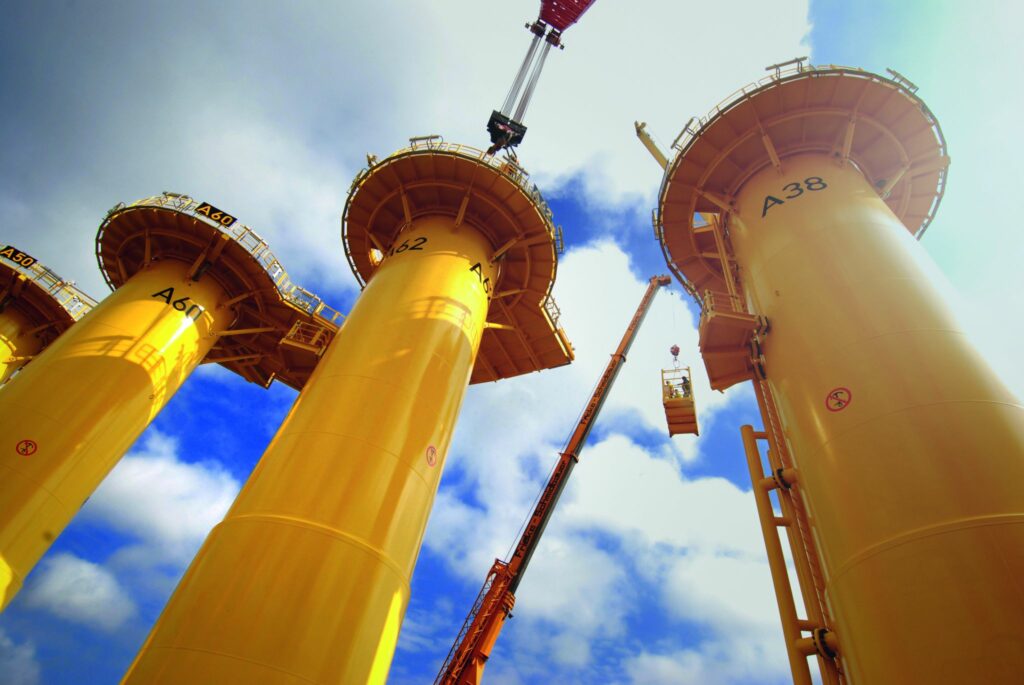