Pacific Orca came to Great Yarmouth from Esbjerg, Denmark, where she underwent mobilisation in preparation for Galloper.

The WTIV will install 56 Siemens 6MW turbines at the site located some 20 miles off the Suffolk coast.

The 161-metre vessel is currently being loaded with nacelles, blades, electrical modules, and the pre-assembled turbine towers at the port’s Outer Harbour.

The installation of the wind turbines at the site was initially scheduled to start in the early summer but was pushed to May after GeoSea installed the last foundation at the site in late March, two months earlier than planned. 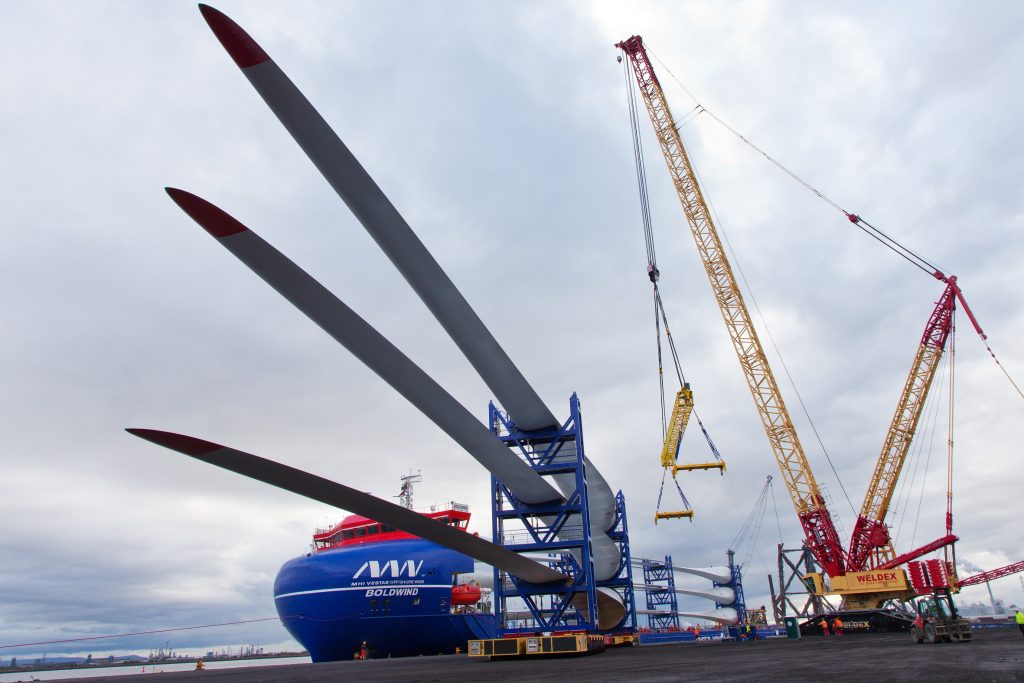