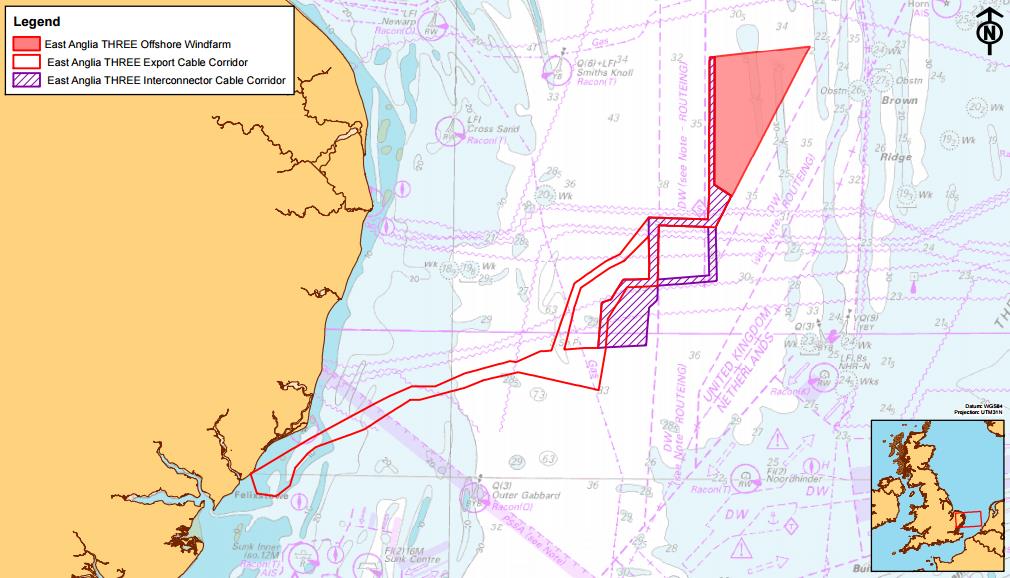 On 28 March, the UK Planning Inspectorate issued a report of recommendation on the East Anglia THREE offshore wind farm to the Secretary of State for Business, Energy and Industrial Strategy (BEIS), Greg Clark, who now has three months to issue a decision.

ScottishPower Renewables, the UK arm of Spanish Iberdrola, submitted the application for an order granting development consent for the 1.2GW East Anglia THREE in November 2015, and the application was accepted for examination the following month. The Planning Inspectorate completed the examination in December 2016.

The offshore wind farm will comprise up to 172 wind turbines installed across an area of 305km² off the coast of Suffolk in the southern North Sea.

Subject to the government’s approval, it is anticipated that onshore construction could begin in 2021, with offshore work starting in 2022 and first power generation achieved in 2023.