Cyberhawk Innovations, an aerial inspection and survey company using drones for wind turbine inspection, has reported a strong growth of its wind division in 2016, due to increased demand from domestic and international markets.

The company has worked with 16 clients across the UK, Ireland and the rest of Europe during 2016, and has inspected hundreds of wind turbine blades with its Unmanned Aerial Vehicles (UAVs).

Chris Fleming, CEO at Cyberhawk, said: “Throughout 2016 we have seen the industry embrace our technology and take advantage of the benefits on offer, which include reduced safety risks, major cost savings and improved inspection times.

“2016 was a very positive year for Cyberhawk. We have continued to build strong, successful relationships with our clients, which in turn has allowed us to identify new opportunities for growth, particularly internationally. It is an exciting time for the whole team with 2017 showing signs for further substantial growth.”

Robert Cooper, assistant technical engineer at Engie, said: “Having trialled several different methods of the latest blade inspection technology, we have identified that drone inspections provide consistent, safe and cost effective results. The iHawk platform used to categorise the defects and analyse the results is where Cyberhawk has really excelled. The platform is extremely intuitive, allowing us to make informed decisions on the future of our wind turbine blades.”

“iHawk is a major part of our business model and has played a key role in our success in the renewables sector. By converting raw images captured by UAVs into powerful asset management information, reporting on iHawk provides operators with a highly advanced asset management solution,” Fleming said. 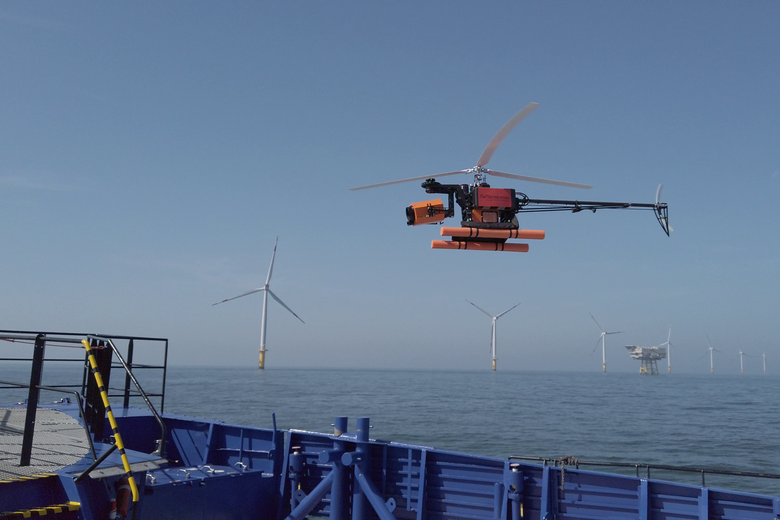