As 2016 drew to a close, we thought it might be a good idea to look back and see what was read and viewed the most in what was a momentous year for offshore wind.

As per our tradition, at the end of each year we compile lists containing the most popular content in a number of categories, from news items, to our interviews, photos, and more.

This year, we kick off our annual tradition with the most popular videos of 2016.

Siemens has released a video showing what level of precision was needed to install 48 foundation posts at the 144MW Westermeerwind offshore wind farm, situated in the Ijsselmeer, an artificial lake in the central Netherlands.

Gentle Giants of the Irish Sea

At 20:25 (GMT) on 14 December, the final blade of the 32nd V164-8.0 MW turbine at Burbo Bank Extension was lifted into place. Check out this time lapse video showing the installation of tower, nacelle and blades of the V164-8.0 MW turbine.

VBMS and Boskalis Getting Busy at Rampion

In December 2016, VBMS completed the installation of two 16 kilometre-long 150kV HVAC export cables for the Rampion offshore wind farm situated off the coast of Worthing, UK.

Nuon, part of Vattenfall, has dismantled four offshore wind turbines with a total capacity of 2MW at the Lely offshore wind farm in IJsselmeer, a freshwater lake in the Netherlands.

Siemens has released a video showing a 360° flight to an offshore wind farm. 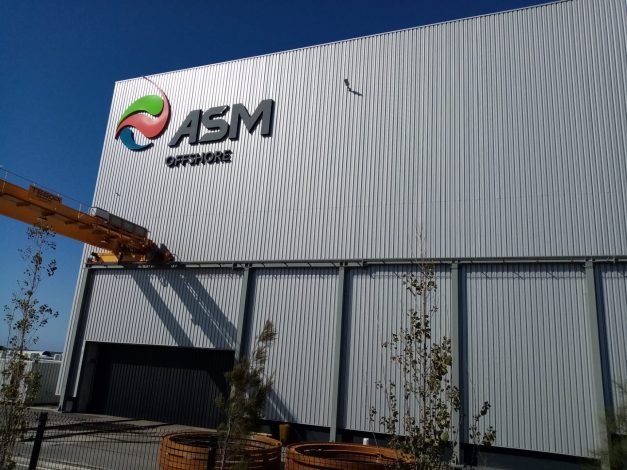