Nuon, part of Vattenfall, has dismantled four offshore wind turbines with a total capacity of 2MW at the Lely offshore wind farm in IJsselmeer, a freshwater lake in the Netherlands.

In late September, the company started the decommissioning works by dismantling the turbines, which was done in three parts with rotors and nacelles being taken off first before the two tower sections could be removed. The four turbines were removed in 3 days.

The monopiles were retracted by using a vibratory hammer. All components have been removed, scrapped and recycled in different ways, according to Nuon.

The decommissioning of all turbines, foundations and cables was done within three weeks.

The wind farm, located some 600 metres off the port of Medemblik, was built in 1992 and has been in service for 22 years. The decision to dismantle the Lely wind farm came after one of the four turbines lost its rotor head and blades due to metal fatigue in 2014.

Even though the subsequent investigation determined that the remaining three turbines did not suffer from metal fatigue, Nuon decided to decommission the wind farm as it was approaching the end of its operating life and was becoming less profitable. 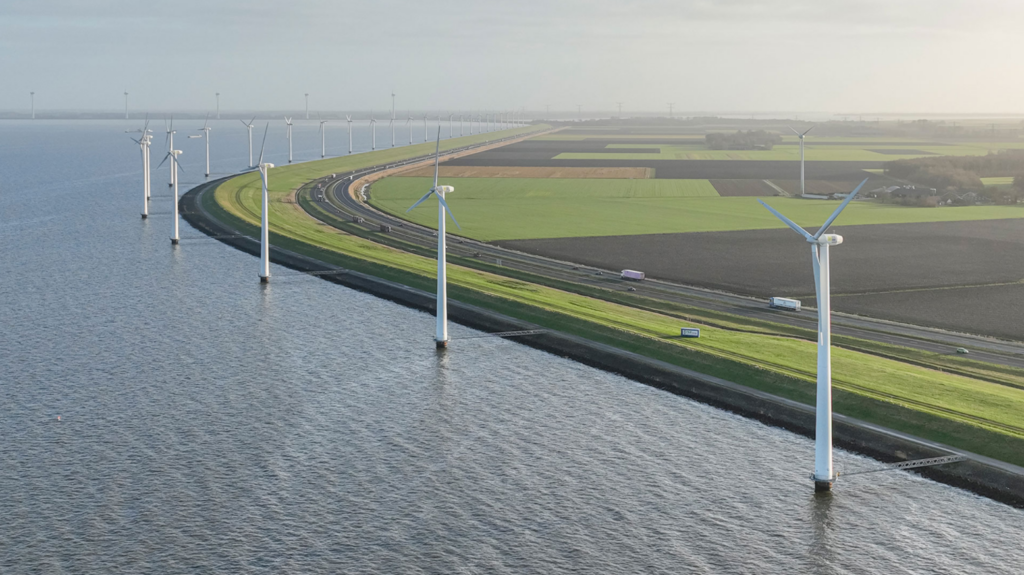