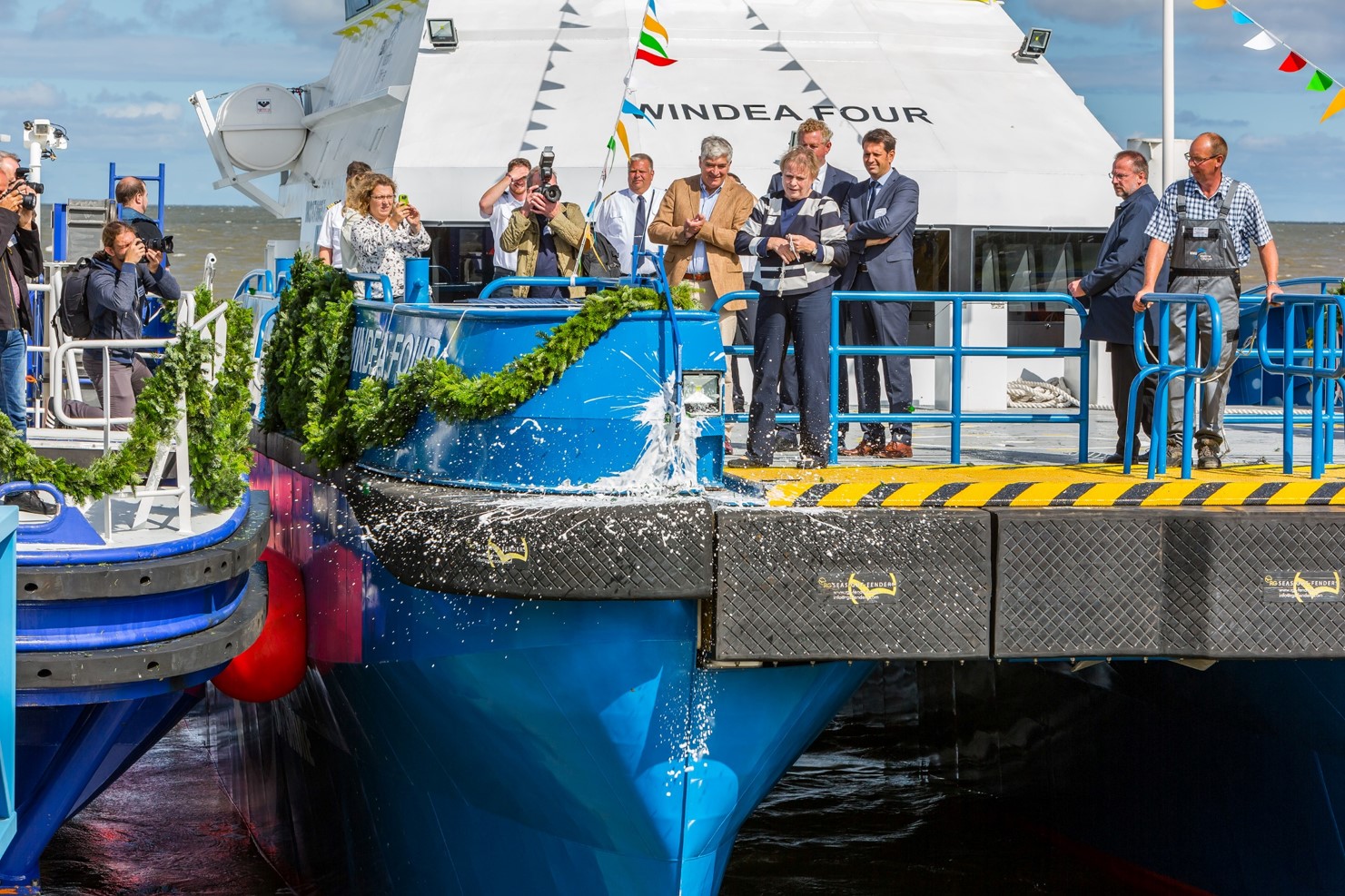 AG EMS and its subsidiary EMS Maritime Offshore GmbH (EMO) had three reasons to celebrate last Saturday as they inaugurated their upgraded Landemole Knock in Emden, the SWATH Windea FIVE received a new name, and the new offshore catamaran, Windea FOUR, was christened.

“We have not only renovated the Landemole Knock, but have also strengthened it sustainably for further utilisation,” Bernhard Brons, Chair of AG EMS, said.

”The installation was raised in height by 1.2 m to a total of 4.2 m above sea level, to improve its resilience against flooding. The load bearing capacity was also increased for heavy loads. This is now our largest investment; in total, we have invested over EUR 3.5 mio. into the Knock.“

The key was officially presented by Wilfried Schmeling from Ingenieurberatung Bröggelhoff GmbH, the engineering office supporting the project, and Stefan Kalvelage from Ludwig Freytag, the commissioned construction company based in Oldenburg.

During the inauguration of the Landemole Knock in Emden, the Minister of Economic Affairs for Lower Saxony, Olaf Lies, underlined the importance of the Emder port.

”This is an extremely important step. One thing is clear: due to its optimum length, Emden is a good starting point for the offshore wind farm in the North Sea. With the landing stage, we are continuing to expand the potential of the Emder port. This means that Emden can offer possibilities for construction of an appropriate service base for offshore companies and the creation of new workplaces.”

Emden-based EMO, the SSC Wind EMEA GmbH from Wildeshausen and Van Laar Beheer BV from IJmuiden in the Netherlands, are all involved in Windea.

The newly built Windea FOUR and the 2010-built Windea FIVE, formerly CTV Natalia Bekker, were added to the Windea fleet due to the consistently growing demand in the field of offshore wind farm supply regarding personnel and materials.

Windea FOUR is a 24-passenger StratCat catamaran with a draught of 1.6 m and a maximum speed of up to 30 knots. 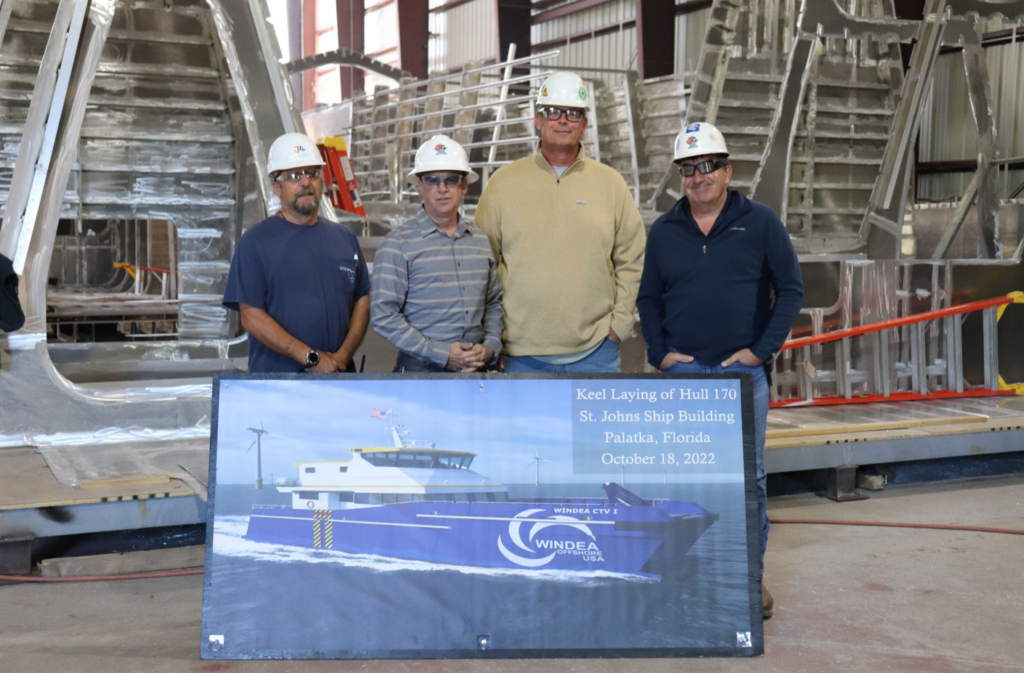