Adwen’s AD 5-135 turbine has obtained the first Type Certificate based on the Guideline for the Certification of Offshore Wind Turbines, Edition 2012, issued by DNV GL.

The new guideline contains a type certification process especially developed for offshore wind turbines, and it updates the previous version from 2005 to fully comply with GL’s Guideline for Onshore Wind Turbines, edition 2010, and to cover IEC 61400, parts 1 and 3.

It takes into account the increase in the average size of turbines experienced from 2005, as well as the use of advanced, intelligent control systems to mitigate loads. Furthermore, the machinery and electrical design requirements are improved.

The new features also include a 25-year operating lifetime and the Grid Loss System – a new smart system which allows energy production for self-consumption in case of temporary loss of grid connection.

“This certification proves that the AD 5-135 is a reliable and robust product that has kept pace with the latest developments in the industry in terms of design, manufacturing materials and processes, and performance. The fact that it is the first turbine to be certified under the latest standard demonstrates that our technology is at the leading edge of the offshore wind energy industry,” said Maite Basurto, Adwen CTO.

The AD 5-135 was first certified in March of 2015 according to this guideline and has been updated to cope with the specific configuration required for Wikinger offshore wind farm, Iberdrola’s 350 MW project in the Baltic Sea.

“We are pleased to issue the first Type Certificate according to GL 2012 to Adwen for their AD 5-135 turbine, As the development of modern offshore wind turbines is rapidly progressing, the guideline GL 2012 is taking all the latest safety and reliability requirements into account, including updated qualifications for load, mechanical engineering and safety engineering,” said Mike Wöbbeking, Head of Certification Body at DNV GL-Energy. 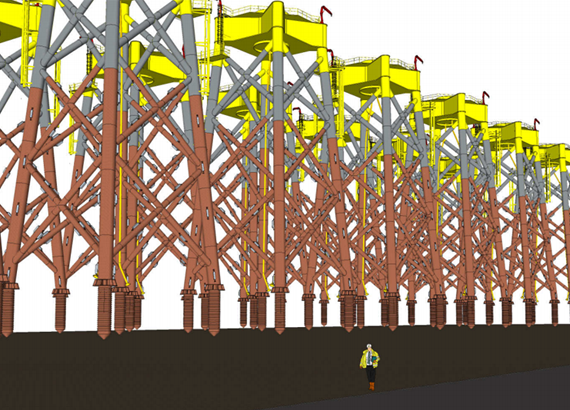