Construction work on the Green Port Hull Alexandra Dock site is progressing well and is on schedule for an early 2017 completion, Associated British Ports (ABP) has announced.

The 54-acre site, which ABP and its main contractor GRAHAM Lagan Construction Group Joint Venture (JV) are preparing for Siemens’ offshore wind turbine manufacturing facility, is being transformed in Hull’s biggest engineering project since the port was built, according to ABP. The enabling works undertaken by ABP and their contractors are worth GBP 150 million.

The dock infill has now been completed, with one million cubic metres of sand pumped into the dock to fill one third of the water area. Excess sand was stored during this process to be used for the 7.5 hectare reclaim, which will become the new quayside and component storage areas, and this is now being pumped into position around the existing timber sheds and jetties, which will be demolished in the coming weeks.

The JV has now taken control of the east side of the site to begin preparatory works for the 25,000 square metre service building. Five substations, which will supply 6MVA to the site, are also being built to supply the new facility with electricity.

“It’s fantastic to see the site beginning to take shape and it’s testament to the hard work of the ABP project team, the main contractor and all of those organisations and individuals involved in the enabling works that the project is on schedule and Siemens’ facility will be operational by the end of 2016,” ABP Director Humber Simon Bird said. 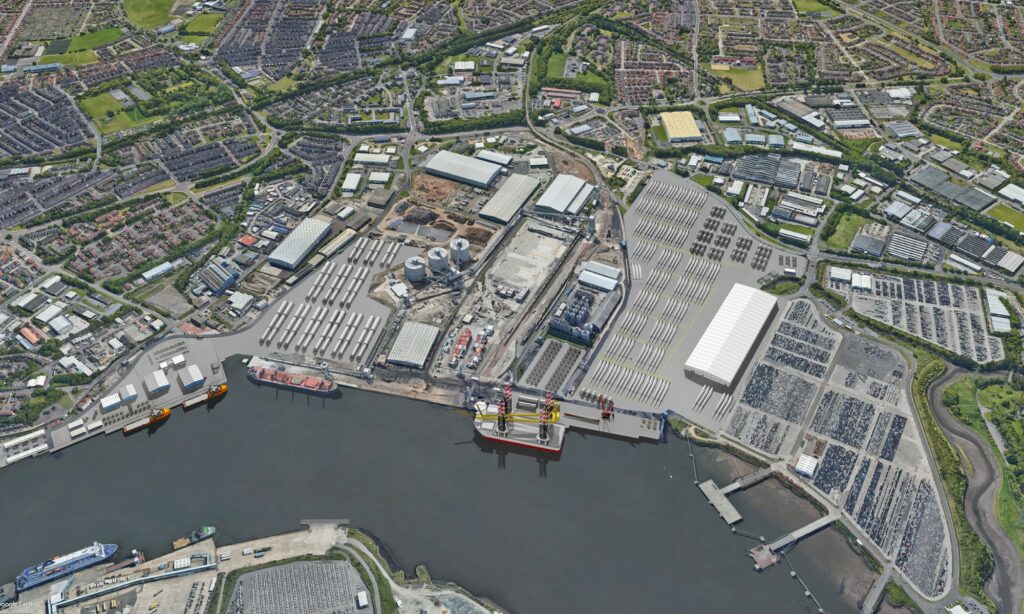