Offshore WIND: How did EOLOS Floating Lidar Solutions enter the offshore wind market? Was the cooperation with KIC InnoEnergy crucial in launching your company?

Rajai Aghabi: EOLOS came out as the result of a prize-winning, three-year EU-funded research project, led by Catalonia Institute for Energy Research in collaboration with Gas Natural, the UPC [Polytechnic University of Catalonia] and the University of Stuttgart. As we developed the project, we realized that it had a great market potential and so, when the project ended we decided to start our company to bring the product to the market. KIC InnoEnergy funded the project and its support at the different stages was really important.

OW: What are the advantages of a floating lidar solution over a fixed one, and can it replace the fixed structures with the same reliability?

Rajai Aghabi: Yes, it can replace the fixed structures, actually, it’s already happening. A floating lidar has two main advantages: it reduces the costs of wind measurements considerably – up to ten times – and it is much more flexible, so it allows for a very fast installation. Given the combination of these two facts, being significantly more cost-effective and easier to install, it allows a much earlier start of wind campaigns, i.e. in the development phase. So, you don’t need to wait until the financial close, you can actually start with measurements at your offshore site, reducing the uncertainty of your wind potential considerably before doing your business plan preparation.

OW: We’ve met some companies that say they need the fixed structure, the mast, to validate their data. Is this also the case with you?

OW: So, when do you see that happening?

Rajai Aghabi: We’ve already done that. We’ve gone through that process, and right now we’re waiting for an official report from the independent consultant ECN in Netherlands. Once it is published, we will show that our system is actually a validated system so it can be used in stand-alone wind resource assessment campaigns. We installed our system next to the offshore met mast at Ijmuiden, in a contract with RWE. We installed it in March and it was only a couple of weeks ago that we finalized the campaign, and now our buoy is back on shore. So, I’m happy to announce that we’ve gone through the validation process and we are just waiting for the official report that will give us that stamp saying: “You’ve complied with the KPIs [Key Performance Indicators].”  We’re hoping that that will happen in the following weeks.

OW: Was this the only project through which you’ve validated your system?

Rajai Aghabi: Well, we’ve actually done two validations. This was the official one, according to the Roadmap. The previous one, which took place in 2013 and lasted for two months, involved setting up our system off the coast of Barcelona in the Mediterranean, and it was more of a prototype-proof concept. During that research project, we tested different configurations, motion compensation, etc. We tested the system to be able to say: “This is the right configuration. This is what works.” Then we produced our first commercial unit, which was the one deployed in Ijmuiden for a period of six months.

OW: When do you see these solutions taking over the market?

Rajai Aghabi: In my opinion, they’ve almost taken over the market. DONG Energy announced a few months ago their first project which used a floating lidar. It was a great milestone and I think that we will see more of those coming in the following months and years. I think that these systems are here to stay.

I also believe they can go beyond and not just be a one-to-one replacement of met masts, but also allow for more flexibility in wind measurements. So, we will see these systems more widely deployed within the offshore wind market.

OW: If you allow us to be a bit playful here… When we would put your lidar in a more simple perspective, for example, it being one of the smartphones in the phone industry, how would you describe your technology and its position within the market?

Rajai Aghabi: The market for these systems is not the same as for mobile phones. So, unfortunately, we won’t become the new Apple, even though that would be good.  I think that this is more of a breakthrough and I think that in the mobile phone industry they are working on enhancements of the already existing systems by bringing in new features, etc.

With floating lidars, we are not enhancing, or gradually improving the already existing technology, but bringing in a completely new system. In our market, this is more of an innovation. The current methods we had were not cost-effective, they were actually bringing the cost of offshore wind development up, so floating lidars are offering a solution to the market’s needs, they are reaching the common goal the industry has: to bring down the cost of offshore wind. In this case, it is in the development phase, so overall, the cost reduction may not be very significant. But it is significant when you take into account that they are deployed in a pre-financial close phase, where all risks are estimated by the developers. So, when you’re spending 1 or 10 million euros, it makes a big difference.

OW: Have you already had any sales talks with companies wanting to use your technology? Are you looking for a pin market, or a bit further?

Rajai Aghabi: We’re eyeing the world market as this is after all a global industry. Of course, the strong momentum is in Europe, but we’re seeing that it is picking up fast in other parts of the world. There’s a project in Taiwan, there’s a lot of action in Japan starting in floating wind. Although these systems cannot replace met masts right now, they will allow for the measurements in deep waters, so for floating wind, this is the only possible solution.  We’re offering a product with an added value within the whole value chain of offshore wind measurements.

As a specialized company, only dedicated to floating lidars, we partner with other companies to do the maintenance and further operations, thus we get business partners to access certain clients. In that way, as a newly launched company, we are able to access the global markets through our partners.

We have a partner in India, and in the Netherlands, where we installed our system, we have a partner who does all the offshore operations. And that’s the way we can actually expand and focus on what we do best: design, commercialization and operation of floating lidars.

OW: You’ve mentioned India. India is getting ready to kick-start the offshore wind industry. How do you see your company doing business in that market?

Rajai Aghabi: India has a huge coastline and has publically announced its interest in developing offshore wind. There are some projects announced, we’ve got Suzlon, who stated that they’re looking into offshore wind, there was a tender for floating lidars earlier this year. There was another one for offshore wind assessment. I believe that those countries stepping in the market have great potential. The thing is, that in Europe, although there are still offshore wind farms in the pipeline, the measurements have already taken place. In countries like India, Taiwan and the U.S., there are still major requirements for offshore wind measurements. So there is a great potential for these kinds of systems.

As our system was not validated in time to apply for the tender in India, we didn’t participate. But now, we are in a position where we actually can. Of course, I must again say that we’re waiting for the official report, which I’m hoping will be in place by the end of this month or at the beginning of December. 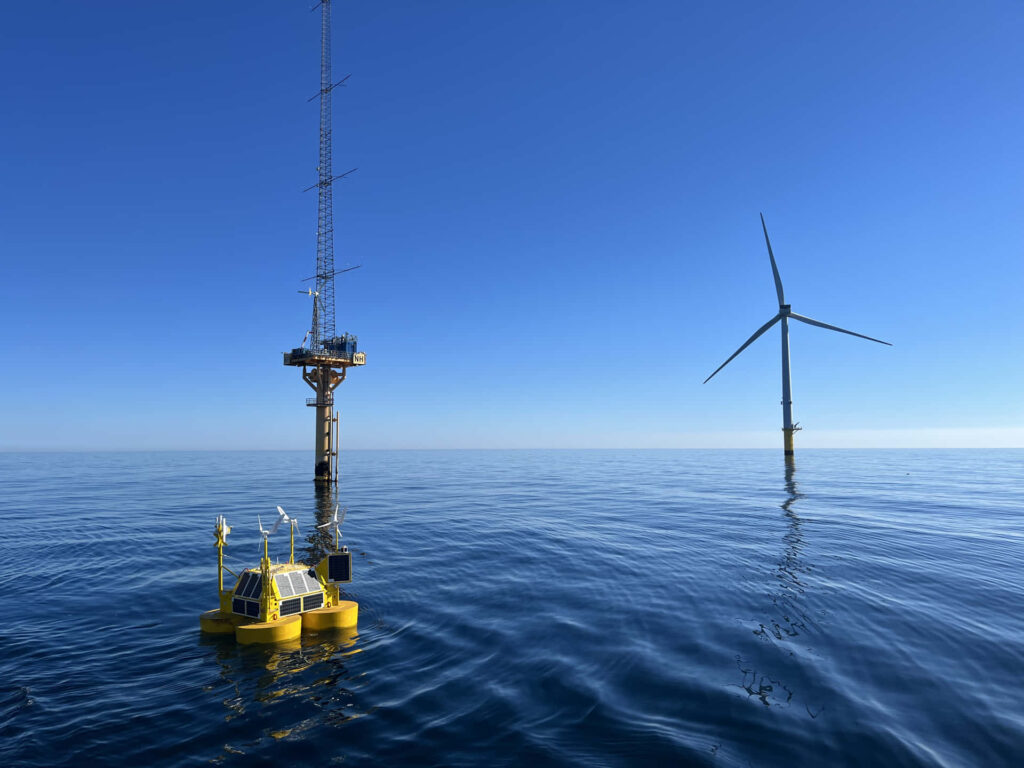