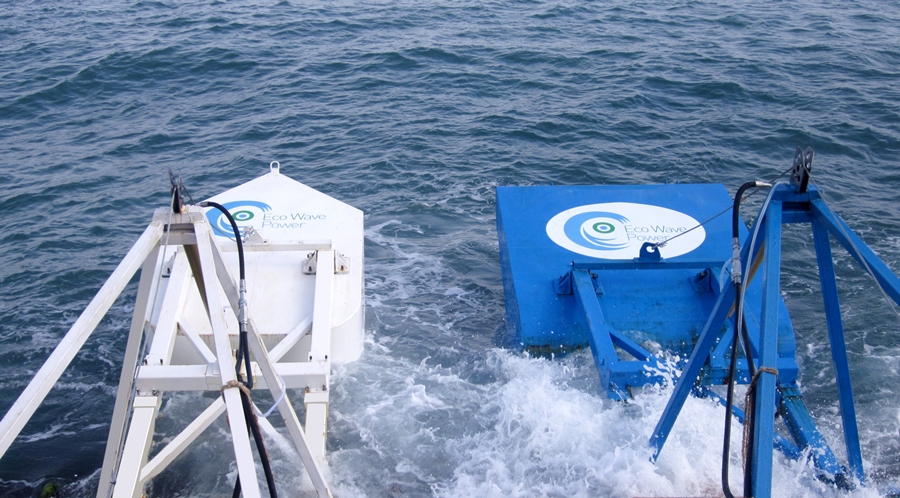 Eco Wave Power has received an official recognition as “Pioneering Device” by Dr. Bracha Halaf, the Israeli Chief Scientist on behalf of the Ministry of National Infrastructures, Energy and Water Resources.

In accordance with a Governmental decision, Dr. Halaf approved that EWP’s wave energy power station is a pioneering technology in the wave energy field.

This recognition will enable EWP to receive a production quota and entitle its power plant for grid connection in Israel. When connected, this will be the first wave energy power plant to ever sell electricity to the Israeli grid.

In her official decision, Dr. Halaf states that she granted EWP’s Pioneering Status based on the large-scale wave energy potential and its stability, as well as the fact that EWP’s device is mostly located on land and therefore easy for construction and maintenance. In addition, Eco Wave Power is using existing man-made structures and does not create new presence that disturbs the environment.

Moreover, the company utilizes unique floater shapes and uses an advanced accumulation system and hydraulic motor, which enable energy stabilization between waves and in correlation with the different wave heights and forces.

According to Dr. Halaf, the initial approved quota for EWP’s grid connection is 100KW.

Eco Wave Power has raised USD 2 million in its first financing round led by Pirveli Ventures. The company has deployed its second generation power station in Jaffa Port, and started construction in Gibraltar.