E.ON has selected the Port of Sassnitz in Mecklenburg-Vorpommern as a logistics base for its Arkona Becken Südost, a wind farm it plans to build in the German Baltic Sea.

The port would serve the wind farm during construction and then become its operations center.

Major components for the wind farm would be preassembled on the wharf, which has a total area of 25 acres (10 hectares), and loaded onto ships for installation in the Baltic Sea. E.ON also plans to operate the wind farm from the port during its service life of at least 25 years.

The project would provide Sassnitz with important economic impetus. Up to 300 people would help build the wind farm during the two-year construction phase. Once in service, the wind farm would create up to 50 permanent jobs for highly skilled staff in operations, administration, and maintenance as well as, indirectly, another 100 jobs for external service providers.

The construction of the wind farm calls for a compact harbor layout that facilitates the rapid loading and unloading of jack-up and installation ships. Creating this layout will require investments in the harbor infrastructure. The port will prepare and build the necessary wharf space and berths—including a heavy-duty space on the north end of the port—to ensure seamless transshipping and other processes.

Arkona Becken Südost would have a maximum grid-usage capacity of 385 megawatts and could generate enough electricity for 400,000 households. The wind farm would be located more than 35 kilometers north of Rügen Island.

E.ON has not yet given the final go-ahead for the project. It will make this decision toward the end of the development phase. 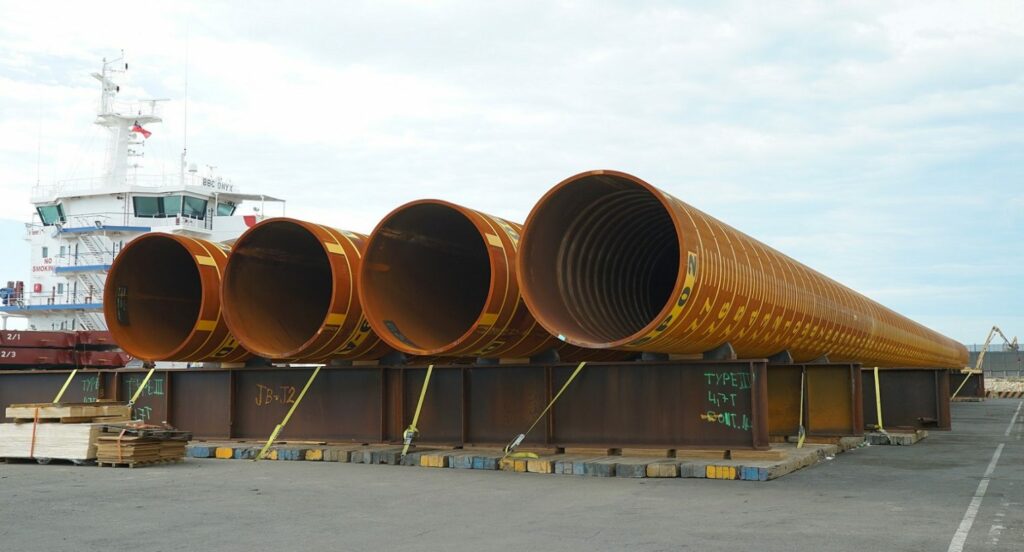