After more than seven years of planning and design, the MeyGen tidal energy project is now entering the construction phase for the first 6MW tranche of capacity in what is believed to be the world’s largest planned tidal stream project. Now that the financing package has been agreed for the first four turbines, Atlantis Resources has entered into all the major construction contracts.

A team at ABB is making solid progress and will soon finish the design work relating to the onshore control centre at the Ness of Quoys in Caithness, construction of which is due for completion in September 2015.

Underground installation of the cable to the power distribution network, approximately 12 miles from the site, will commence in spring next year and will take a couple of months to complete. This work will be carried out by Scottish Hydro Electric Power Distribution, the network operator, and will enable exporting clean energy to the grid and onwards to consumers. The cable supplier, JDR, has received an order for the subsea export cables, which connect the turbines to the onshore control centre.

The cables will be manufactured at JDR’s plant in Hartlepool in the north of England, and are expected to be ready for delivery and installation in summer next year. These quadruple armoured cables, totalling some 11.5km in length, will be laid along the seabed and brought to the onshore control centre through conduits drilled in the rock.

Foundation suppliers will soon place orders for the 5,500 tonnes of steel required to fabricate the foundations and ballast blocks for all of the turbines. These will be fabricated at Nigg, in the Cromarty Firth, and Thurso, close to the project site, and are due to be completed next summer. These foundations rely on gravity to hold them to the seabed, and will remain in place throughout the life of the project. Specially designed connection systems allow the turbines to be installed and retrieved separately so that maintenance can be carried out.

MeyGen’s turbine suppliers, AHH and Atlantis, are also progressing well. Atlantis Resources has received confirmation from AHH that it has placed orders for the generators and gearboxes, which are to be assembled in Andritz’s factory in Ravensburg, Germany and subsequently delivered to Scrabster harbour in 2016. 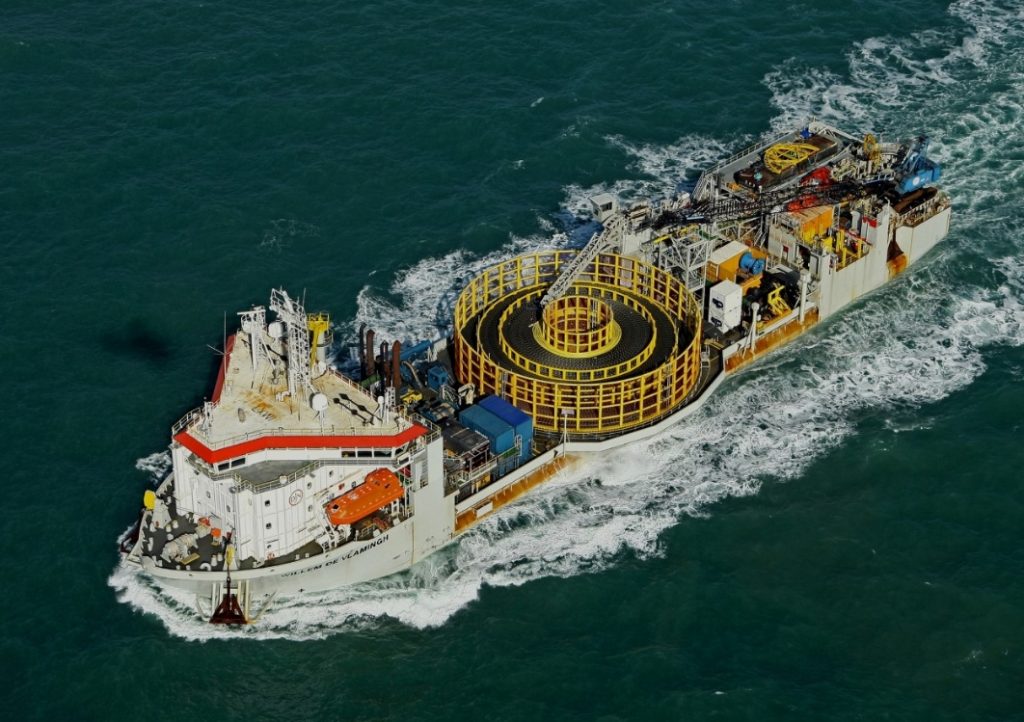