The project was managed by Statoil and delivered by Universal Foundation, in partnership with the Carbon Trust, Statkraft, EON and DONG Energy, in close co-operation with Aalborg University. It also received funding from EUDP, the Danish Energy Agency.

The trial installation was conducted to run a series of tests with a scaled down Universal Foundation design, as well as a “standard” suction anchor for benchmarking and referencing. It focused on penetration ability, verticality, water injection impact on soil plug, forces and stress in skirt structure and internal soil levelling capability. Installation was completed across a range of challenging soil conditions including soft clay, moraine clay, boulder bank clay – with sand spikes and layers, clay crust, sand and silt.

Fred. Olsen Windcarrier’s installation vessel Brave Tern departed from Frederikshavn on the 5th September 2014 to mark the start of the campaign. On deck were two suction foundation structures – one Universal Foundation structure measuring 8m in diameter with a 6m skirt and a reference structure of 4m diameter with 6m skirt. Within the 24-day campaign, 28 suction installations were achieved between the two structures.

“The structures were successfully installed and retrieved in some of the most challenging soil conditions experienced by the participating developers. The Universal Foundation bucket achieved full penetration with 0.1 degree inclination or less, and the functionality of the internal top soil levelling system has been proven. This marks a major step forward in the de-risking of suction technology.”

Universal Foundation’s ‘suction bucket’ was one of four novel low cost foundation designs that were shortlisted following an international competition run by the Carbon Trust’s Offshore Wind Accelerator in 2009 to discover world leading innovation in this area. 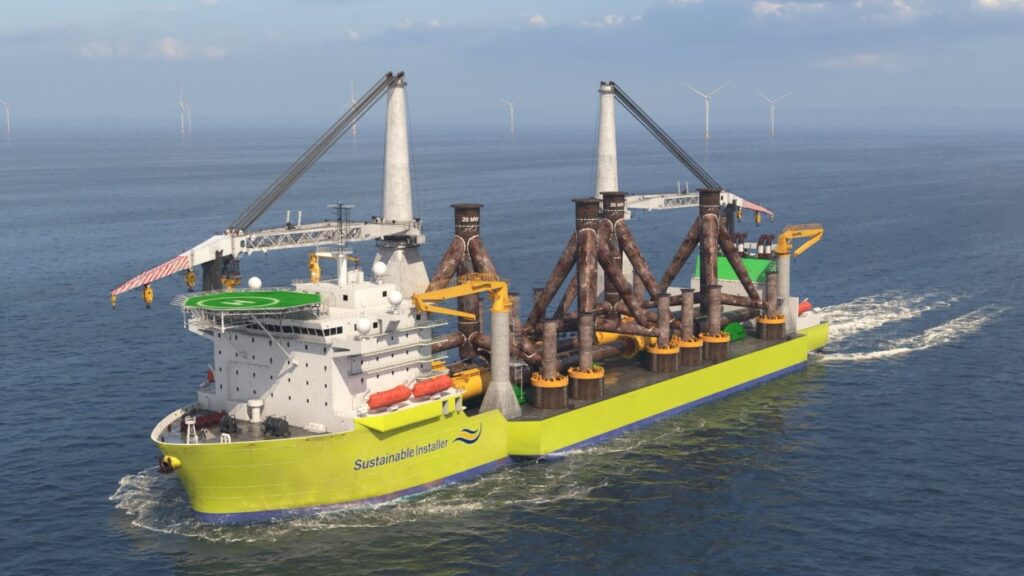