Equipped with state-of-the-art features and technology, the SOVs will bring the next generation of offshore wind service, which will be safer, faster, and more reliable.

When Siemens’ new SOVs begin operation in 2015, wind turbine technicians will be living and working on these vessels. The vessels will allow for servicing offshore wind turbines in weather conditions that used to mean a day off for all offshore wind service staff. Patrick Klause, one of Siemens’ technicians, commented: “The weather conditions out here are sometimes unpredictable and pretty harsh,” he says while he is out at sea on one of the vessels. “Servicing offshore wind turbines is a unique challenge. But I never wanted an ordinary job; I wanted something exciting.”

The new vessels will provide direct and safe access to the turbines in varying wave conditions using an advanced hydraulic gangway system. Technicians will be able to literally “walk to work” safely in seas of up to 2.5 meters. Waves of this height are caused by strong breezes of Beaufort force 6 and wind speeds of 22-27 knots. Onshore, winds of such force make telephone wires sing.

With the conventional boat landing methods that were formerly used for offshore wind turbine maintenance purposes, safe access to the turbines was only possible at wave heights of up to 1.5 meters. The SOVs storage facilities allow common spare parts to be stocked offshore, close to the wind farm. The SOVs will also provide accommodations for more than 30 Siemens technicians for several weeks at a time, enabling them to live and work at the project site and to spend less time traveling to and from shore.

The new, state-of-the-art design concept has been developed with a strong focus on advancing and streamlining Siemens’ offshore service operations and logistics for the customers’ benefit. Less time traveling to and from shore allows for more time at the site and a more efficient and cost-effective use of resources – even more so since the vessels will be strategically positioned in close proximity to the wind turbines for easier access and operations. And the SOVs will also be able to stay in the field for several weeks at a time, and only need to return to port for fueling and the replenishment of supplies and equipment.

Customers will benefit from Siemens’ emphasis on a more effective use of resources and personnel, as well as better accessibility with less time lost waiting for a suitable weather window.

Siemens has also released a teaser film about its new vessels, check it out: 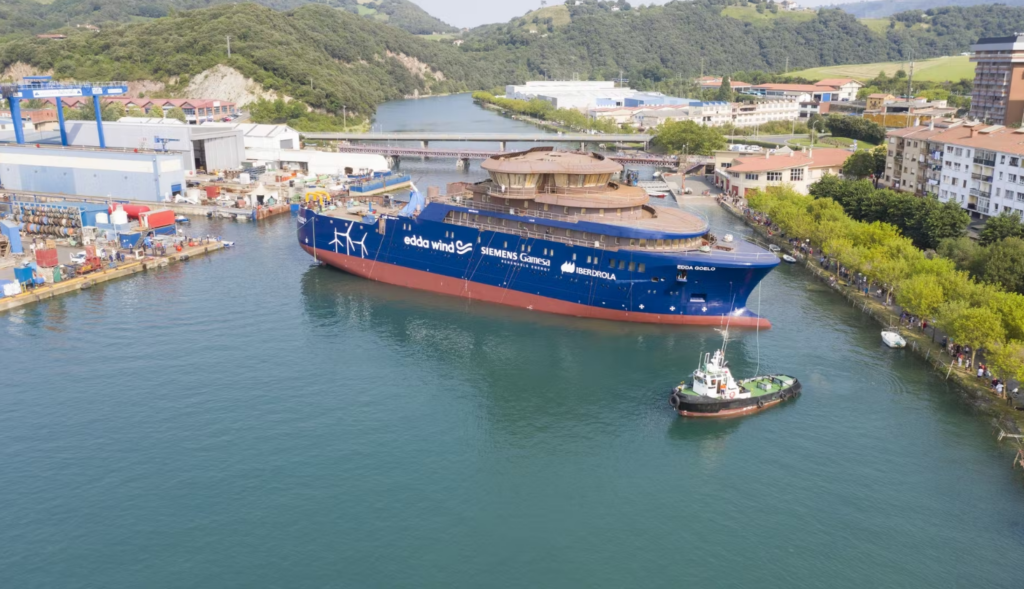