Moray Offshore Renewables Limited (MORL) and the Beatrice Offshore Windfarm Limited (BOWL), together will be the world’s third largest offshore wind farm, with up to 326 wind turbines.

The developments, sited off the Caithness coast, will be capable of generating up to 1,866 MW of electricity, enough to power over one million homes, and will be worth up to £2.5 billion to the Scottish economy.

The consents are granted subject to strict conditions which will mitigate and monitor a range of potential impacts, including in relation to birds and other environmental considerations.

The developers have to undertake local, regional, and strategic bird monitoring and have to comply with a number of plans such as the Environmental Management Plan and the Operation and Maintenance Programme to ensure effective mitigation takes place.

“Scotland has the potential to lead the development of an exciting, new renewables industry as offshore wind moves into deeper waters. Offshore renewables represent a huge opportunity for Scotland; an opportunity to build up new industries and to deliver on our ambitious renewable energy and carbon reduction targets.

“These wind farms alone could generate gross value worth up to £2.5 billion over their lifetime and generate up to 4,600 jobs during peak construction and up to 580 once in operation.

“Offshore wind has been delayed by the process of the UK Government’s Electricity Market Reform, but these two consents today offer tangible progress towards real investment opportunity in Scotland.

“The Scottish Government is committed to the successful and sustainable development of an offshore wind sector, which could lead to a potential inward investment of £30 billion and support up to 28,000 direct jobs and a further 20,000 indirect jobs, generating up to £7.1 billion for the Scottish economy. As this industry develops, our enterprise agencies are working to secure supply chain development for Scotland.

“The Scottish Government wants to see the right developments in the right places and Scottish planning policy is clear that the design and location of any onshore and offshore wind farm should reflect the scale and character of the landscape or seascape and should be considered environmentally acceptable.” 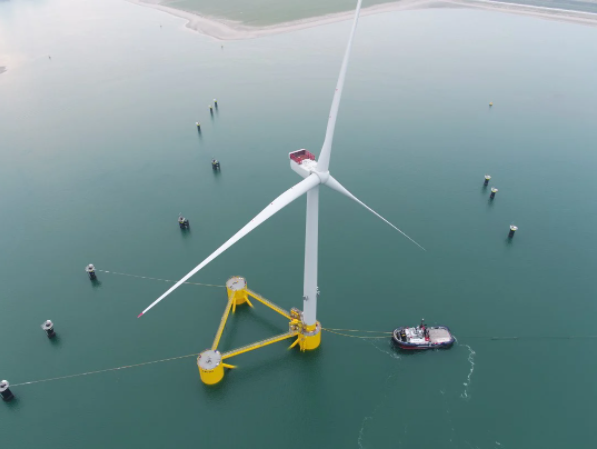