50 Hertz is taking another important step for the offshore wind energy off the German Baltic coast.

The Northeast German transmission system operator submitted on Monday a request for approval of establishment and operation of six submarine cable systems to the Department of Energy of the State of Mecklenburg-Vorpommern.

The systems would connect to the grid a planned wind farm cluster northeast of the Rügen Island and west of Adlergrund and Arkona See.

The same application was submitted to the Germany’s Federal Maritime and Hydrographic Agency.

The cable routes end on land, at 50 Hertz’s transformer substation Lubmin. Each cable is 90 kilometers long at sea, and 3 kilometers on land.

For one and a half year, engineers, geologists and landscape planners have been working on the application. In addition to extensive and elaborate studies of the Baltic Sea seabed numerous environmental and feasibility studies have been issued.

50 Hertz expects the approval of the cable route late next year, when Baltic 2 is scheduled to go on line.

The grid connection work of the Baltic 2 wind farm off the island of Rügen is progressing well. 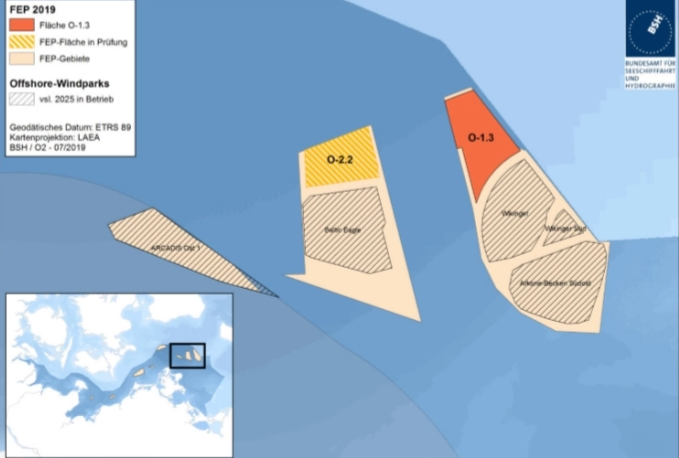