Today marks the start of the construction of Eneco Luchterduinen Wind Farm, five years after the completion of the last Dutch offshore wind farm, the Princess Amalia Wind Farm.

The new project is a joint venture between energy company Eneco and Japan’s Mitsubishi Corporation. The project’s 43 windmills will be located 23 kilometres off the coast of the cities Noordwijk and Zandvoort. After completion at the end of 2015, the wind farm will generate green electricity for nearly 150,000 households.

The electricity will be transported to the shore by means of a 23 kilometre long 150 kV cable embedded in the sea floor. The onshore section of this cable, which is more than 8 kilometres long, will run from the beach of the city of Noordwijk to a transformer substation held by grid operator TenneT in the municipality of Sassenheim, where it will be fed into the national grid.The entire length of this cable will be located underground, with a large part (80%) being installed at a depth of 20 to 25 metres using a process of directional drilling. A limited part will be installed using open excavation in trenches at a depth of approximately 1.2 to 1.8 metres.

The main contractor for the development of this onshore cable is Joulz, an infrastructure company that is part of the Eneco Group. Drilling related to this development is being carried out by Visser & Smit Hanab. The first official drilling took place today at the junction of the Teylingerlaan with the Torenlaan in Voorhout (in the municipality of Teylingen). It concerns directional drilling over a distance of 596 metres. A ceremony was held to mark the start of the project, and was attended by representatives of the companies and municipalities involved.

The construction of the onshore section will take place in stages between the beginning of October 2013 and December 2014. During the first stage, directional drilling will be carried out and flexible pipelines installed. The laying of cables will start at the beginning of next year. Throughout this process, Eneco Luchterduinen, Joulz and Visser & Smit Hanab will do their utmost to ensure that any potential disruption resulting from these activities is kept to a minimum.

Offshore construction is expected to start in the summer of 2014. At present, there are two wind farms in the Dutch section of the North Sea: the Eneco-owned Princess Amalia Wind Farm that was completed in 2008, and the Offshore Wind Farm Egmond aan Zee owned by Nuon and Shell, completed in 2007. 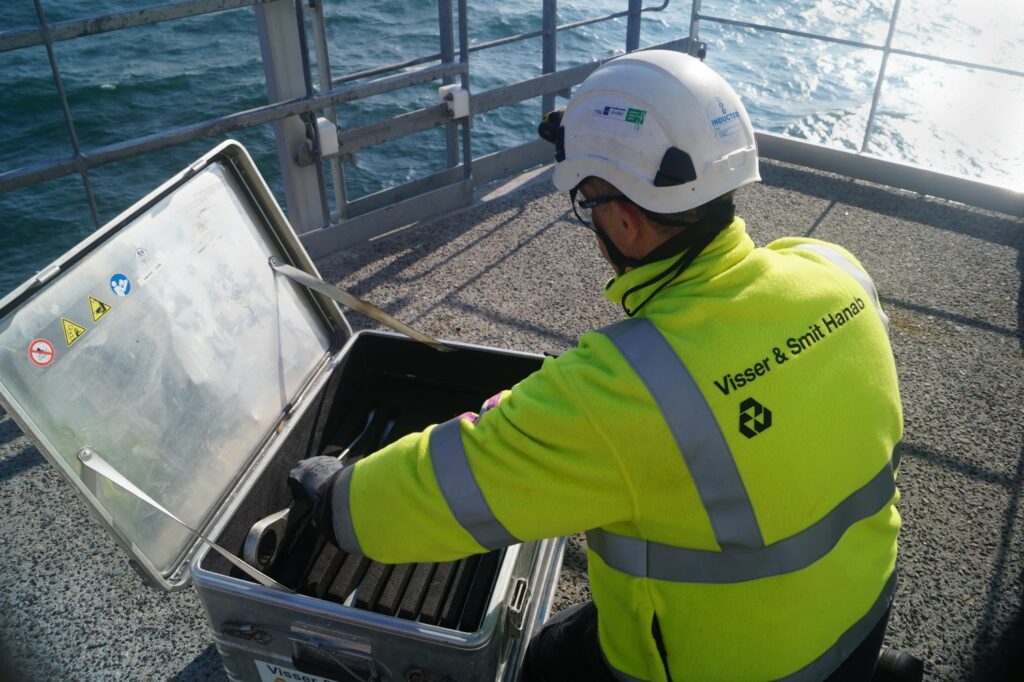