Aveillant has completed live demonstrations which show that its Holographic Radar™ reliably removes wind turbines from airport radar with no degradation to radar performance.

The two week showcase demonstrated the technology in action at Prestwick airport, where live data from two Holographic Radars™ was integrated into an offline Air Traffic Control system.

Aveillant began developing the product nearly two years ago and it has caused much industry interest. The demonstrations had two goals:

– To show that Holographic Radar™ can reliably detect both wind turbines and aircraft, and intelligently discriminate between the two.

– To show that the Holographic Radar™ data seamlessly integrates into airport radars to return the display to the way it was before the wind farm was built.

The demonstration days included a visit to a Holographic Radar™ unit – which can be set up at a wind farm or airport – but is currently stationed  Knockendon, near Milour Hill, Kelburn and Dalry Wind farms with a second unit at Hare Hill wind farm. Delegates could inspect the technology and were treated to a detailed technical explanation of its workings.

Next they visited Prestwick Airport’s Air Traffic Control Tower, where they viewed dual displays with and without Aveillant’s data feeds from Knockendon and Hare Hill. The delegates were left with no question that all windfarms of the Aveillant feeds were removed from the display.

For some delegates, one anecdote summed up the capabilities.

David Crisp, CEO of Aveillant, explains: “On one day we had hardly any wind and so turbines weren’t turning and showing up at all on the radar. Suddenly it picked up and delegates could see a turbine appear on the radar and then disappear within seconds. For many this was the evidence they needed to confirm that we can intelligently monitor the area and spot and remove wind turbines, and that we are not just blanking out the area.”

Anne Mackenzie, Aviation Manager, ScottishPower Renewables, said: “The Aveillant demonstration at GPA showed a radar screen clear of wind turbine effects but clearly showing aircraft transiting the infilled airspace.  The infill patches were integrated seamlessly into the ATC display.  It is very exciting that technologies are now coming to technological maturity which can deliver these results.  It provides hope that aviation objections to wind farms can now be consigned to history.”

Hayley Meadley, Senior Project Developer at E.ON said: “It was a very interesting and informative day. I was very impressed by the quality and performance of the Holographic Radar during the live demonstration and look forward to the final product gaining approval.”

Iain Cochrane, Chief Executive Officer of Glasgow Prestwick Airport, said: “Glasgow Prestwick Airport is proud to be in the vanguard of the global effort to solve the wind farm clutter problem. We are currently assessing different types of technologies to get the best outcome for our stakeholders. The last few days testing has certainly demonstrated that Aveillant’s 3D Holographic Radar has the potential to integrate seamlessly into our systems and may provide an effective solution to the wind farm radar clutter issue. “

David Crisp concludes: “We’ve been talking this up for a long time and people have understandably been waiting for us to prove it. We are in no doubt that we have now done that, and I genuinely believe that everyone who attended feels the same.”

Having proved it works, Aveillant will be rolling out the commercial product shortly and are keen to hear from interested renewable energy companies and airports. 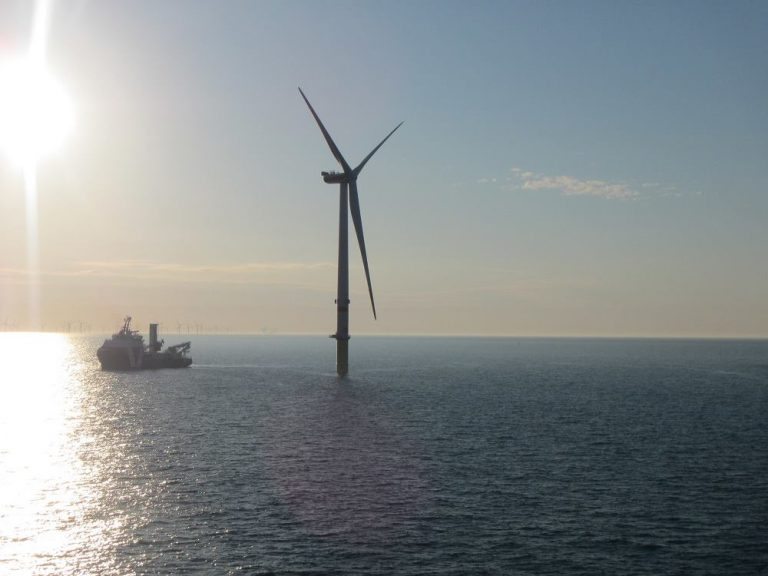