Offshore WIND spoke to Richard Jongen, Sif’s Commercial Manager Wind Foundations, and Sales Engineer Emiel van Herten. Based in Roermond, in the south of the Netherlands, S.I.F. BV started in 1948 as a manufacturer of tubes and pipes. Since then the company has built up a broad experience in bending, welding, heat treatment, non-destructive and destructive testing of various types of steels, and specialised in the manufacturing of tubular structures for the offshore oil and gas industry, offshore wind farm foundations, harbour and jetty facilities, pressure vessel shells and cones, and civil and mechanical engineering. In fact, they have just delivered components for their 1000th offshore wind foundation.

Sif has been able to develop its track record in compliance with growth in the offshore wind energy market. Its portfolio include projects such as Dan Tysk in Germany, Teesside, Lincs, Sheringham Shoal, Thanet and Gunfleet Sands in the UK, Northwind in Belgium and the Prinses Amaliawindpark in the Netherlands. All these monopiles, transition pieces, piles, jackets, and other parts for foundations, proudly carry the Sif logo. However, the visibility of this logo disappears under water the moment the structures for wind turbine foundations are installed.

Mr Jongen has no doubt: “By being there from the start, we’ve been able to continuously invest in production facilities, cranes and logistics.”

Over the years Sif has invested in its construction site in Roermond, and its storage facilities and load out terminals in Vlissingen and Hoboken in Antwerp. In 2011 two new manufacturing halls were added to the company’s production facilities. Investment is important. Mr Jongen: “We are considering investing in serial construction of an additional 100 XL-monopiles per year.”

At the moment Sif produces 3 to 4 monopiles a week. In general the lifecycle of its monopiles is 20 to 25 years. To ensure the best quality of its tubular structures, Sif is working with steel plate supplying partners Dilliger Hütte in Germany, and Voestalpine AG in Austria. These steel factories meet the requirements of Sif.

Mr Jongen observes: “We are talking about large diameters. The latest generation of monopiles have a diameter of up to 6.7 metres. The near future generation is expected to have a diameter of up to 10 metres. It requires less welding hours and costs when these large tubular structures can be rolled out from one plate. Dillinger in particular supplies these.” Sif and Dillinger have done business since the 1980’s.

Although not located near any coast line this does not implicate any logistical problems for transporting the heavy components. Mr van Herten explains that the production halls are conveniently situated on the river Maas, thus allowing transport of the oversized cargo via the river to the ports that Sif Group uses for further shipment to offshore wind farms.  “Transport by road is no option, as we are talking about loads of over 80 metres length of monopiles and other huge foundation structures for the wind turbines,” he adds.

The company deploys a harbour tug with push barges and pontoons. For the transport they work with Rederij De Jong and Boomsma Shipping. Bonn & Mees assist with their floating cranes for loading and unloading these cargos.

In view of market developments, both men expect a continuous growth in the ten years to come. After that the focus will become more and more on jacket foundations, particularly with the wind farms in deeper water.

They conclude that all depends on development of the world economies. A lot of investments in offshore wind farms are called for in the near future. The question is as to where these investments will be made. Sif is aware of a ‘red carpet treatment’ for regions off the Dutch and German coast. The company is ready for being there. 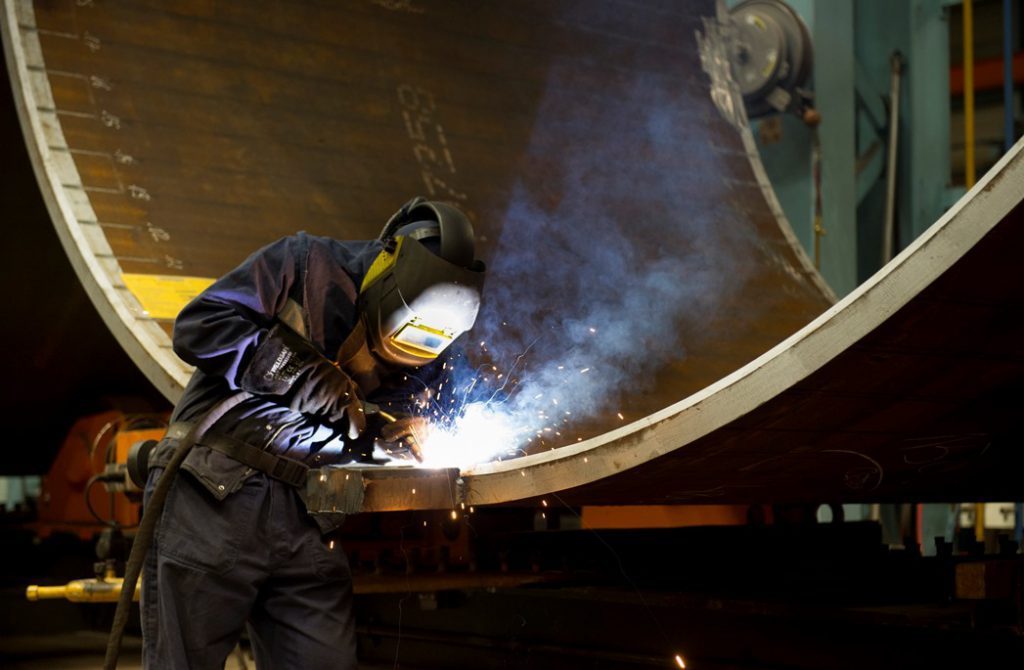