Students of the Department of Maritime Transport from the Jade University of Applied Sciences have developed a transport concept for maintenance of wind farms in the German Bight.

Under the guidance of Professors Ralf Brauner and Christian Jauernig, they have created a fictitious company that offers a pickup service of technicians to offshore wind farms in the North Sea. The concept received positive feedback from the wind energy industry: “If we had this concept three years ago, we would have probably calculated differently,” said a representative of a wind turbine manufacturer.

“In order to make offshore wind energy cost-efficient it is crucial for the wind turbines to be in a non-stop operation”, Jan Heukrodt, project manager and student of Maritime and Port Management pointed out.

If a turbine would shut down for one day, significant losses could occur. To resolve technical problems as quickly as possible, a good concept for transport of staff to an offshore wind farm is particularly important.

Eemshaven is being favored as a service port partly due to the proximity to the wind farm to be provided with maintenance services, followed by its development potential and finally independence from tides in the Netherlands. On the basis of weather data analysis from the recent years, the students defined the requirements for various transport models: The fleet would include a “mother ship” aboard which the technicians could stay, and a supply ship, a SWATH-Tender outfitted with relevant equipment that would enable safe transfer from the ship to the wind turbines when waves are high.

A helicopter is also intended to be used when there are strong waves. The students have created three models for different numbers of wind farms and calculated the cost and staffing organization of operation. 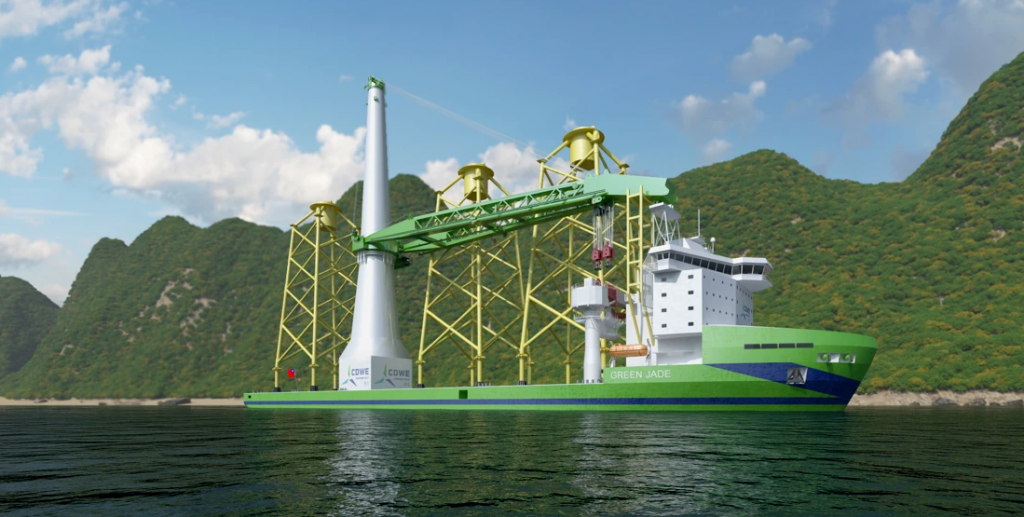