“This is history in the making as we mark yet another major milestone in the President’s all-of-the-above energy strategy,” said Secretary Jewell. “Today we are moving closer to tapping into the enormous potential offered by offshore wind to create jobs, increase our sustainability, and strengthen our nation’s competitiveness in this new energy frontier. As we experience record domestic oil and gas development, we are also working to ensure that America leads the world in developing the energy of the future.”

Domestic oil and gas production has grown each year President Obama has been in office, with domestic oil production currently higher than any time in two decades; natural gas production at its highest level ever; and renewable electricity generation from wind, solar, and geothermal sources having doubled. Combined with recent declines in oil consumption, foreign oil imports now account for less than 40 percent of the oil consumed in America – the lowest level since 1988.

In February 2011, former Secretary of the Interior Ken Salazar and former Secretary of Energy Steven Chu unveiled a coordinated strategic plan to accelerate the development of offshore wind resources. As part of the ‘Smart from the Start’ program for expediting commercial-scale wind energy on the federal OCS that was announced in November 2010, DOI has identified Wind Energy Areas to spur responsible development of this abundant renewable resource. These efforts are part of a series of Administration actions to speed renewable energy development offshore by improving coordination with state, local and federal partners.

According to a report recently released by the Department of Energy National Renewable Energy Laboratory, the North Lease Area has the potential for installed capacity of 1,955 megawatts (MW), and the South Lease Area, 1,440 MW. Together, these areas could support enough electricity to power more than 1 million homes, a significant increase over what BOEM had originally estimated last year.

The lease areas will be auctioned simultaneously. Under the procedures, BOEM will consider nonmonetary (i.e., whether a bidder holds a Joint Development Agreement or a Power Purchase Agreement) and monetary (cash bid) factors. The nonmonetary phase of the auction will begin on July 29, 2013, and the monetary phase on July 31, 2013.

BOEM will also host a mock auction for the following companies that have expressed an interest and BOEM has determined will be eligible to participate in the auction:

“After careful review, BOEM has determined that these companies are legally, technically and financially qualified to participate in the upcoming lease sale,” said Director Beaudreau. “They represent pioneers in a new energy frontier as participants in America’s first offshore wind energy auction this July. We congratulate them on their entrepreneurial spirit and look forward to overseeing a fair and competitive leasing process.”

The two lease areas available for auction are identical to those announced in the Proposed Sale Notice, which was published in the Federal Register on Dec. 3, 2012, for a 60-day public comment period. BOEM carefully considered public comments during this time prior to developing the Final Sale Notice. The comments, as well as BOEM’s responses, can be viewed on BOEM’s website.

BOEM will publish the Final Sale Notice in the Federal Register on June 5. In addition to the list of eligible bidders, the notice contains specific information pertaining to the areas available for leasing, lease provisions and conditions, auction details, criteria for evaluating bids, award procedures, lease execution and other information.

As a result of the analysis in the revised EA, BOEM issued a Finding of No Significant Impact, which concluded that reasonably foreseeable environmental effects associated with the commercial wind lease issuance and related activities would not significantly impact the environment.

“Today’s finding follows extensive collaboration with our federal, tribal, state and local government partners,” said Director Beaudreau. “With their help, we have successfully engaged key stakeholders, including industry, commercial fishers and environmental organizations, to address potential conflicts early in the process. Now, after months of hard work, we are ready to auction a large area offshore Rhode Island and Massachusetts that is well suited for commercial wind energy development with minimal impacts to the environment and other important uses,” said Beaudreau.

The revised EA addresses comments received in response to an environmental assessment published in July 2012 for a 30-day public review period. 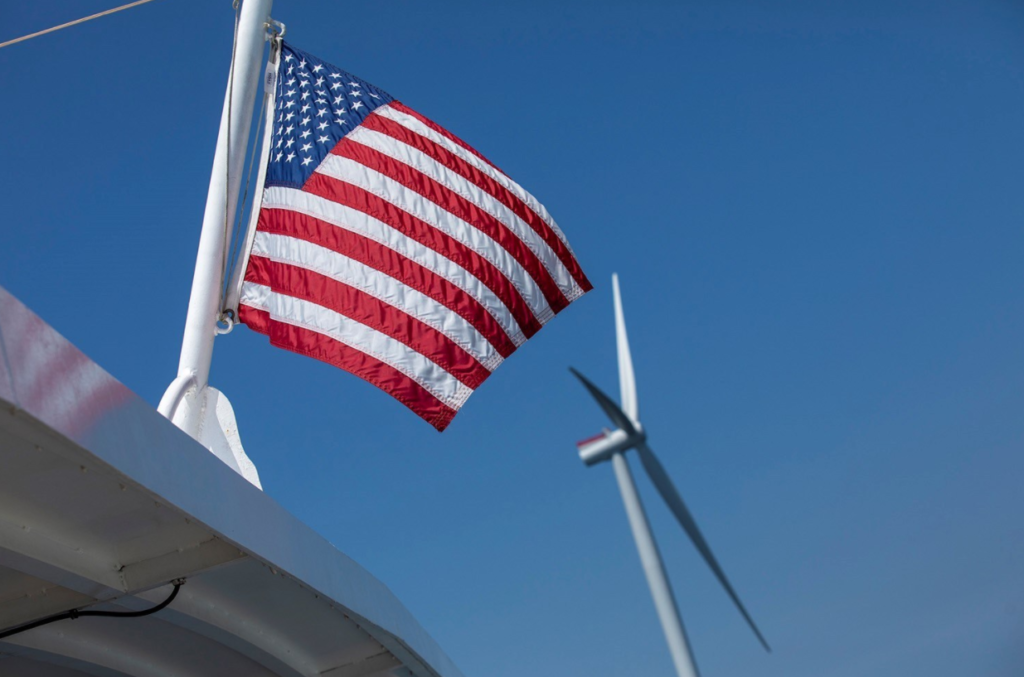