Marine energy – for instance energy from tidal and ocean currents – is the ‘best of the best’ amongst green energy sources: it has the greatest potential (in theory, the planet’s oceans could supply the entire world with renewable energy), tidal and ocean current power plants are under water and therefore completely invisible, they produce electricity from 100 per cent renewable energy sources (the water in the globe’s oceans will always move around, well, at least until the sun swallows the moon), they are safe, and the icing on the cake is that they actually have positive environmental effects. Positive? Yes, studies have shown that marine life thrives in marine energy installations.

The UK and Irish waters are especially promising for marine energy, due to the islands’ geographical location. UK and Ireland can provide 25-50 per cent of total European marine energy, according to a new report from RenewableUK. The marine energy industry has been forecast to be worth £6.1 billion to the UK economy by 2035, and displacing up to half a million tons of CO2 every year by 2020.

The total amount of wave and tidal stream energy in UK and Irish waters is estimated at 935 TWh/year. Of this, some 98 TWh/year of marine energy resource has been assessed as being economically recoverable with today’s technologies. The current UK annual electricity demand is about 350 TWh/year. No wonder the UK and Ireland are frequently called “the Saudi Arabia of marine energy”. Other countries with great marine energy potential and political or commercial marine programmes already under way are the USA, Canada, China, France, Portugal, Spain, Chile, New Zealand, Japan, China, South Korea and South Africa.

So why isn’t marine energy more developed and used, and more talked about amongst politicians, decision-makers, environmental movements and the general public? Well, as with all emerging technologies, there are a series of obstacles to harvesting cost-efficient marine energy:

• Capital costs of marine energy projects are currently relatively high compared with e.g. wind projects.
• Lack of funding for research, development and demonstration on technology, to both academies and private companies (many of them start-ups). The development of marine energy needs support from both private investors and governments.
• Regulatory issues. For instance, it can take up to two years to get a site permit for offshore testing.
• Market challenges like long development timescales, grid connections (or lack thereof), and lack of performance assessment standards.
• Challenges in offshore operations: the sea is a tough environment in which to install, operate and maintain marine energy power plants. The offshore operations are made when the tide turns, i.e. during slack water, and that time period is usually shorter than 30 minutes at many tidal energy sites.
• Limited locations where tidal and ocean currents are strong enough to be technologically and economically viable to harvest.

Let us take a look at the last two of these obstacles. They can be overcome with new developments in marine energy technology. The fact that most marine energy power plants developed so far can only operate efficiently in currents that are really strong reduces the number of good locations for marine energy parks and complicates offshore operations for installation, service and maintenance. After all, it is not easy to work in strong currents.

Just recently, an ‘underwater kite’ was launched in the waters off Strangford Lough, Northern Ireland. The ‘kite’ consists of a three meter long wing and a turbine which is secured to the seabed with a tether and moves fast in an 8-shaped path in the tidal or ocean current. The hydrodynamic principle on which this technology is based allows for the kite to move at speeds of up to ten times that of the flow of water it is operating in. This marine power plant is the only available solution to cost-efficiently produce electricity from slow tidal currents.

Why is this significant? Well, there are many more sites with low velocity tidal and ocean currents than there are with strong currents. So the possibility to operate cost-efficiently in slow currents extends the total potential for renewable marine energy significantly. In the UK, the amount of energy which is possible to harvest from tidal currents is doubled when low velocity currents are included.

Slow currents are also much easier and less costly to work in; For instance, installation and maintenance can be carried out in ordinary small vessels rather than giant DP (dynamic positioning) vessels. The kite’s robust anchorage system means that no tower is needed. Only attachment and detachment of the kite needs to be done offshore. All this reduces maintenance costs and operating expenses, and results in a cost-efficiency that is comparable with conventional energy sources.

In conclusion, many or all of the obstacles to efficient marine energy can, and will be, overcome given enough time and funding. New power plants that can operate cost-efficiently in slow currents is one big step forward. There will be other important steps. Marine energy is simply too clean and too potentially beneficial to the planet and its inhabitants to be ignored by politicians, investors and the global energy industry. 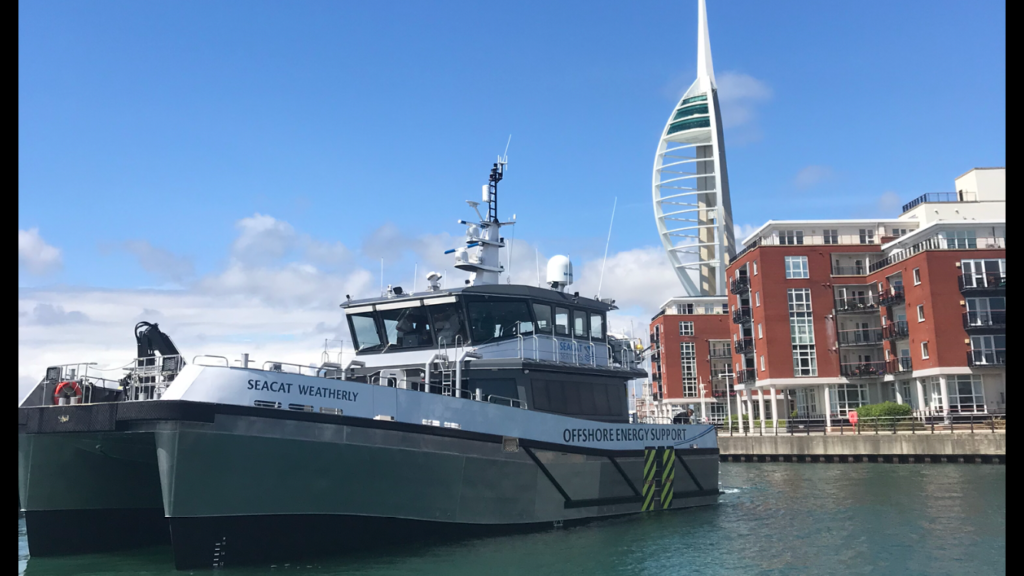