Sponsored by Redcar MP, Ian Swales, the event was held on the prestigious Terrace Pavilion at the Palace of Westminster.

Members of Parliament representing constituencies across the country, including Business and Energy Minister Michael Fallon MP, joined representatives from the Energi Coast steering group, Subsea North East and the wider supply chain at the reception.

Attendees discussed the opportunities and challenges facing the offshore renewables sector and the role the North East of England supply chain can play in its future.

The North East of England’s renewables group, Energi Coast aims to raise awareness of the integrated supply chain that operates out of the region and that it has the skills, innovation and technology to support offshore renewables developments in both domestic and international waters.

Within that supply chain are a number of North East England-based subsea companies, represented at the reception by regional advocacy group, Subsea North East, which have been at the forefront of transferring and enhancing technologies to aid the construction and maintenance of offshore wind farms.

Alex Dawson, Chairman of Energi Coast, said: “I am sure that those who attended the reception will have left realising that there is a vibrant industry already operating in the North East of England. The region has companies ready and willing to get involved in the offshore renewables industry. We now need projects to speed up as well as gaining support from government and operators to make sure these opportunities come forward much earlier than they currently are.

Ian Swales MP said: “I was delighted to sponsor this event. This is a fantastic growth sector for the North East of England’s economy. It plays to our traditional strengths of engineering and offshore working and the Government is investing huge sums in offshore renewable energy, which will benefit the growth of the North East’s well-equipped industry.

“I am determined our supply chain benefits from the available work in the sector as one of the issues has been the UK has been playing catch up as some of the early work in offshore renewable energy has gone overseas. The UK industry has caught up and this reception highlighted the fact that the companies in North East England are ready, willing and able to deliver for this industry.”

Andrew Hodgson, Chairman of Subsea North East and a board member of the North Eastern Local Enterprise Partnership, said: “This was the ideal opportunity to show how vibrant the subsea sector is in North East England. We are a centre for technology, delivering excellent employment levels and opportunities and leading the way in exports.

“We are a very distinctive region, both in the UK and around the world, as we have a consolidated supply chain and Original Equipment Manufacturers (OEMs) leading the way on some quite unique technologies and that gives us strength in the global market.”

Stephen Catchpole, Managing Director of Tees Valley Unlimited, the Local Enterprise Partnership for Tees Valley, said: “The industries connected to the renewable energy industry are some of the most important in the Tees Valley. We have a heritage of advanced engineering and operations in sectors such as North Sea Oil & Gas so the move into offshore renewables is absolutely appropriate for our area.

“The offshore renewables sector can have a real impact on the Tees Valley. It can create more jobs and opportunities in our excellent supply chain, but also support ambitions to generate more clean energy.”

George Rafferty, Chief Executive of NOF Energy, said: “The North East of England can be a fantastic hub to develop offshore renewables and continue to build on the good work that has been delivered from the region in the Oil & Gas sector. The region has some very established and successful companies, particularly in the subsea sector, which have the technology, the experience and the skills that can and are being transferred into the offshore renewables.

“This reception perfectly highlighted the integrated supply chain that exists in North East England with representatives from companies with a range of expertise and experience highlighting to the MPs in attendance how they can play a role in the development of this emerging sector.” 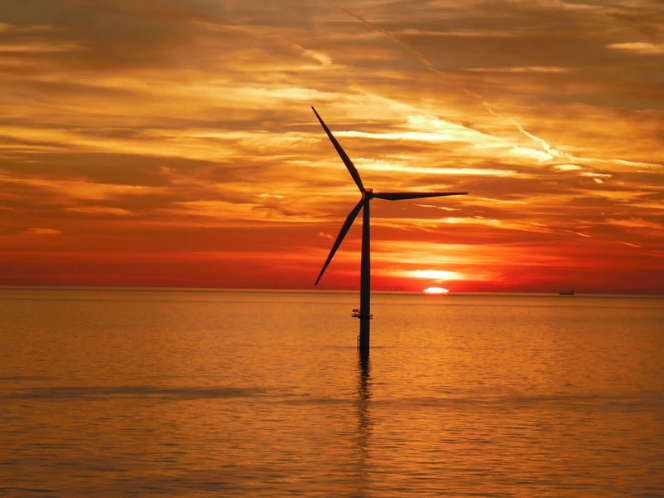