It proves to the SMM visitors how fast and precise the new control System operates. At the end of the year, it will be installed for the first time in a double-ended ferry. As of mid-2013, the new control system will be available as a series product.

One of the eye-catchers at this year’s SMM is the size 36 Voith Schneider Propeller (VSP) with a height of approximately six meters. A total of three of these VSPs are installed in the offshore wind turbine installation vessel “Sea Installer” as well as in another A2SEA newbuild. A model of this vessel is also displayed in the Voith booth.

A new Voith Radial Propeller (VRP) of the second size class with a diameter of 3.8 meters is also presented at the trade fair booth. With an input power of 4,500kW, these VRPs are particularly suitable for drilling vessels and drilling platforms which are generally equipped with six to eight propulsion units.

The trade fair exhibits also include two Voith Inline Thrusters (VIT) as well as a Voith Inline Propulsor (VIP), so-called RIM Drives, which support vessels during maneuvering and dynamic positioning but can also be used as main propulsion systems.

They combine electric, mechanic and hydrodynamic elements and ensure low vibrations, extremely smooth running, excellent hydrodynamic characteristics as well as an environmentally-friendly, compact and low-maintenance design. Voith displays a VIT with a propeller diameter of one meter as well as the new, currently most powerful VIT 2300 – 1500 thruster with an internal diameter of 2.3 meters and a power of 1,500kW. To date, this RIM Drive Technology power class is unparalleled.

What makes the VIP 1000 – 300 SO-AZI stand out, is the swing-out unit developed by Voith and, in this way, the only RIM-Drive technology based unit on the market. On megayachts, the VIP can for example be used as an additional or auxiliary propulsion system for dynamic positioning and precise maneuvering.

In the version presented at the SMM, this auxiliary propulsion system hydraulically extends from the vessel hull and immediately provides a propulsion power of 300kW. The extendable thruster equipped with an azimuth gear can be turned endlessly through 360 degrees, thus allowing the vessel to move in any direction.

In addition to the “Sea Installer” model, Voith displays two further vessel models. One is the “IIan”, a Voith Water Tractor (VWT) with an immense bollard pull of 70 tons for which Voith provided not only the Voith Schneider Propellers but also the design. This VWT was delivered to the Haifa port authorities by the UNV shipyard in May.

The vessel model of the “Edda Fides” shows a huge accommodation and service vessel with a length of 130 meters and the capacity to accommodate 600 people. With its dynamic positioning class DP-3, the vessel can remain connected to the platform via a gangway for months. This allows hundreds of people to be transferred to a platform even in rough seas; a unique feature of the “Edda Fides”.

Further developments presented by Voith at the SMM include the SteamTrac. During the combustion of fuel in diesel engines, approximately 60 percent of the energy is converted into waste heat. The Voith SteamTrac makes it possible to re-use some of this energy. This results in the propulsion energy being increased while at the same time reducing fuel consumption and C02 emissions.

The SteamTrac is currently undergoing long-term testing on board the push boat Veerhaven X. As part of a tow transporting tons of iron ore and coal, the Veerhaven X is on route between Rotterdam and Duisburg every day. 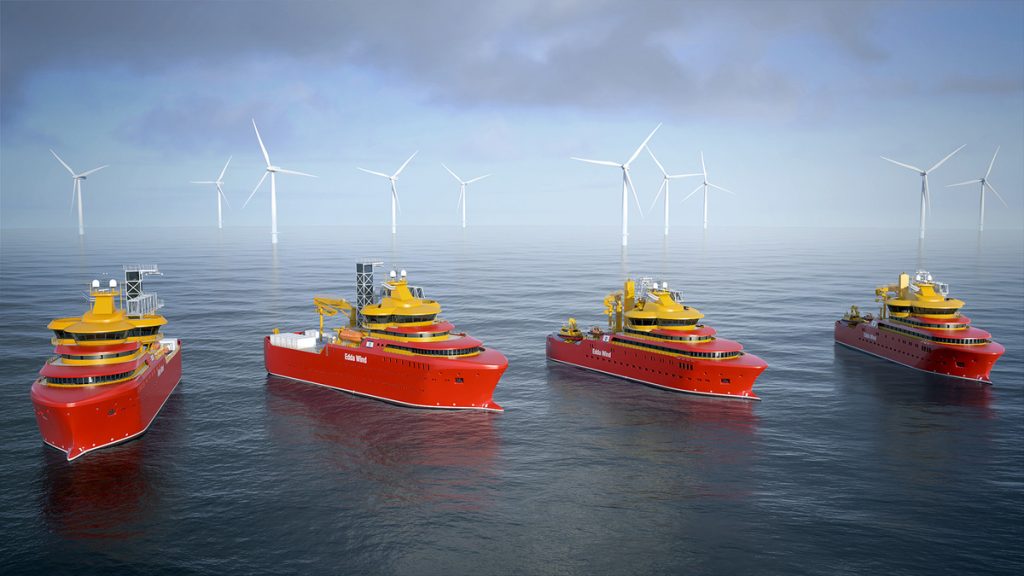