After long delays caused by harsh winter conditions and ice around their shipyard in Turku, Finland, Mobimar’s trimaran wind farm support vessel. Wind Servant, is at last able to prove its worth. After the final completion of the sea trials the vessel will be handed over to the Finnish shipping company Meriaura also based in Turku. Wind Servant is a three hull support vessel with a large adaptable passenger space for up to 12 passengers. However, that is where the normal comparisons with other vessels in the industry stop, because fitted on the centre bow there is the Mobimar hydraulic gripper for clamping on the pipes either side of a transition piece ladder.

Trials have been carried out on the only offshore wind turbine in Finnish waters, the wind turbine of Hyotytuuli Oy, 5km off the port of Pori Reposaari. In three days of the midsummer week with worsening weather and sea conditions the vessel and the gripper were put through their paces.

On the third day successful gripping operations were performed with Hs conditions between 2m and 2.5m, despite the fact that the captain of the vessel had only 3 days experience using this unique device.

Several strain gauges have been installed by VTT, the Technical Research Centre of Finland, to record the stresses, strains and loads on various parts of the vessel during the gripping operations. The recorded information showed that the loads were well within the tolerances set by their own original estimates for the vessel and gripper. It also showed that the horizontal forces were below the limit of 20t set by the wind turbine manufacturers.

The hydraulics operating the gripper were designed and made by Parker Maritime Inc.. There is a manual release in the system that can override any unlikely malfunction of the system to allow the vessel to pull away after releasing.

Power on the vessel is provided by a MAN D2842 LE4 749kW main engine through a TwinDisc gear box to a fixed pitch propeller in the central hull. 2 Rolls-Royce water jets that are each powered by a 125kW Volvo Penta D3 unit, one in each of the 2 outer hulls, are used for steering. The vessel is very light, weighing in at 30t, and having a capacity of 6t dwt, which helps provide exceptional fuel economy.

The tests have also thrown up data to show where improvements could be made. They now have a basis for the optimisation of the gripper system, based on real tests and not just from theoretical calculation on computer models.

There is some small fine-tuning to be done to the gripper application, but now Mobimar have got the equipment to work on to get this innovative new concept a reality. Wind Servant is starting her first charter operation in early August. 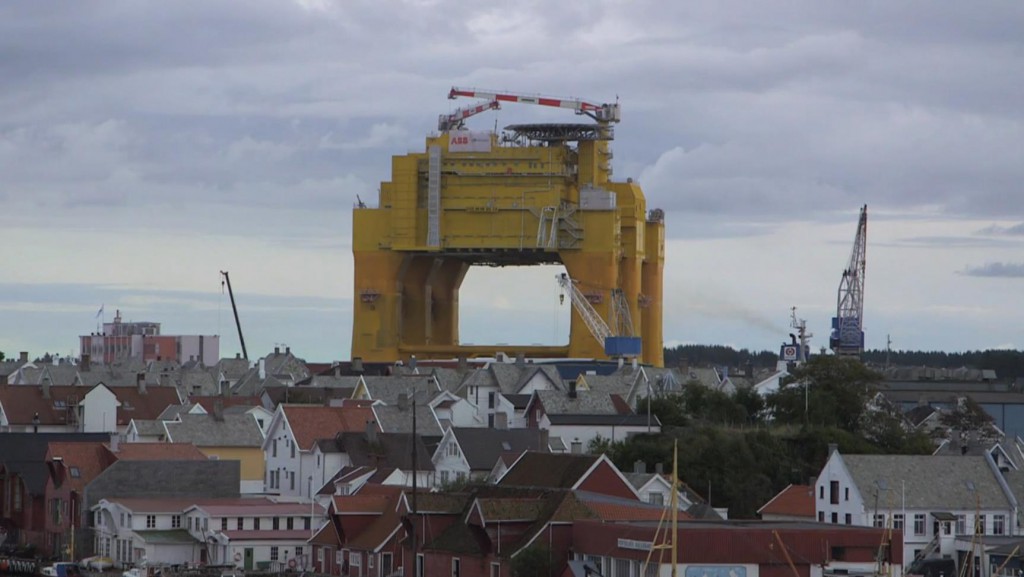