Alex Johnstone, North East MSP, expressed concerns that the construction phase of developments off the coast could have a negative impact on the lobster and crab population, reported the Courier. He called for a closer analysis of the environmental considerations raised in the University of Maine’s research from 2008.

University of Maine’s Lobster Institute uncovered a variety of possible problems that offshore turbines can cause for crustaceans, which could be relevant to the Scottish projects. The study investigated the effects that electromagnetic emissions from power cables would be likely to have on lobsters, concluding that more research was required to give a definitive answer.

The research was also carried out to determine whether cable installation would impact crustaceans migrating across the seabed. It expressed concerns that sediment may attach to eggs, contaminants such as oil or heavy metals may be released into the habitat and that there could be a negative impact on water quality from spills or hydraulics.

Mr Johnstone said: ”Recent press interest in local offshore windfarms focused on the aesthetic effect on the Bell Rock Lighthouse, and although I share those concerns research done by the Lobster Institute at the University of Maine also highlights issues that I believe need to be addressed.

”Some of the key points raised by the Lobster Institute include concerns regarding cable laying, with a danger of suspended sediment attaching to eggs, damage to the filtering mechanism of larvae from an increase in suspended and settling sediment and the possible release of contaminants released by disturbing the sea bed.

”Although some scientists believe that offshore windfarms can provide beneficial environments for crustaceans, I believe that we need to look closely at all the available evidence regarding the construction phase of these sites so that the livelihoods of local lobster fishermen are protected.”

The Forth and Tay Offshore Wind Developers Group, which represents all three developers (Seagreen Wind Energy, Repsol and Mainstream Renewable Power), confirmed studies were being carried out at each of the sites to assess how the sealife and seabed would be affected.

Arbroath and District Inshore Static Gear Association members, led by creel fisherman Brian Beckett, have held discussions with representatives from the three energy firms to assess the level of fishing in the area and how it could affect progress. The group is worried that the proposed area cuts through the most important fishing ground, with hundreds of turbines planned to be located just 25km off Arbroath.

A spokesman of the Forth and Tay Offshore Wind Developers Group said: ”The offshore windfarm developers in the Forth and Tay area are carrying out environmental impact assessments (EIA) for each of their sites and the associated export cable projects.

”Consultation with statutory bodies as well as the local fishermen and their representatives has been continuing since the early stages of these projects.

”The EIAs will consider all known impacts of the projects during the construction, operation and decommissioning stages, including any potential impacts on crustaceans.

”Environmental statements will be published by the developers to support the applications which will give the results of these assessments.” 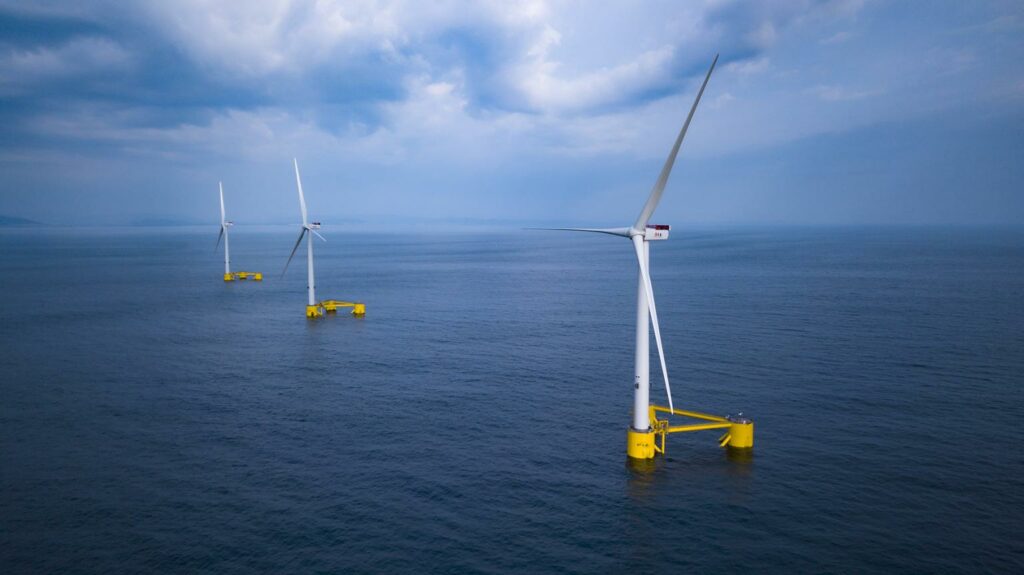