Proserv has bolstered its position as a global-leading specialist in energy production services after unveiling a new subsea test and assembly facility that doubles the company’s capacity and harnesses the fast-growing market demand for its services.

Energy industry leaders reinforced the significance of the facility as vital to ensuring the UK remains the vanguard of the global subsea industry and attracts the next generation of talent for its future prosperity.

The facility, which spans more than 27,500ft, is believed to be the first of its kind in the UK in terms of its size and industry-leading capabilities. Complete with large test pits, the new facility has 100 per cent capacity for the design testing, maintenance and installation of subsea equipment including system integration tests, factory acceptance tests, tree assembly and blow-out preventers re-certifications prior to deployment offshore or subsea.

Proserv, which announced earlier this year that it is set to create more than 130 new international employment opportunities, also revealed that it anticipates investing a further £900,000 into new equipment and growth at its facility over the next nine months.

David Lamont, chief executive officer at Proserv, said: “Due to increasing international demand for our technology and services, combined with our ambitious vision for growth, the new Birchmoss facility strongly positions Proserv for accelerated expansion and signifies its increase in capabilities and expertise, particularly in the drilling, production, subsea and decommissioning sectors.

“As one of the few service companies in the world able to provide this integrated service and now double the capacity with the new facility, it significantly enhances Proserv’s response times and improved operational performance and productivity, whilst maintaining the highest standards of safety, quality and reliability.”

“The new employment opportunities and our tailor-made apprentice training scheme also underlines our commitment to investing in people and their development. We expect to recruit more than 130 new people over the coming months, particularly engineers to manage our order pipeline and projected workload as well as adding to our project management team.”

Among industry leaders endorsing the new facility was Subsea UK chief executive Neil Gordon who said: “This is a significant new facility which, through combining the realm of testing, developing and maintenance under one roof, has the real potential to reaffirm the UK’s world-leading position in the subsea industry. I also hope that it helps inspire a new generation of young people to join one of the most dynamic, technology-driven industries in the world.”

David Ripley, Oil & Gas UK’s supply chain director, said: “The opening of Proserv’s new facility shows how the supply chain can boost the UK economy by creating new jobs, investing in skills and providing services that add high value to the oil and gas industry in Britain and abroad.”

Scotland’s First Minister, The Rt Hon Alex Salmond, officially opened the new facility which has become the second building that Proserv occupies at the Birchmoss business complex, near Echt in Aberdeenshire. He also presented the first apprentices to undergo Proserv’s customised Subsea Equipment Service Technician course with their latest certificates of achievement.

He said: “I am thrilled to officially open the magnificent new test and assembly facilities of Proserv – an Aberdeen-based company with a truly global profile.

“In the last 35 years, Proserv has been at the forefront of the energy industry, demonstrating an expertise in subsea technology that is a great example of how the knowledge that exists in Scotland can be exported around the world to massive success.

“Over that period, Proserv has grown to now employ over 800 people in 21 sites across 10 countries, and the highly impressive new facilities being opened today will allow the company to build on this growth and look forward to a bright future.

“I am also delighted to welcome the firm’s recent announcement of 130 new jobs – with 40 to 50 skilled positions expected in the North East of Scotland alone – and would also like to commend Proserv for becoming an SQA approved centre for delivering training programmes. It was my great pleasure today to present awards to the first four apprentices to undertake the company’s new customised training scheme for subsea technicians.

“Proserv’s achievements are yet further proof of the capability and expertise that exists in the oil and gas and renewables sector that exists in Scotland, and a further marker of success in Scottish industry.”

Proserv has established a customised SCQF (Scottish Credit and Qualifications Framework) Level 5 and Level 6 Award Subsea Equipment Service Technician apprenticeship scheme. The four apprentices, who were the first to complete the Level 5 course in August 2011 and are currently carrying out their Level 6 training, were presented with certificates from the First Minister. They included: Keiran Macleod, Stonehaven: Jordan Mitchell, Balmedie; Jack Presly, Banchory; and Andrew Silver, Cammachmore.

Larraine Boorman, managing director of OPITO, said: “There is a real need to bring appropriately skilled people into the industry in order to secure the skills needed for its future success. Apprenticeship programmes are one of the initiatives the industry is using very successfully to provide a long term solution to the skills issue and secure the feedstock for the future.” 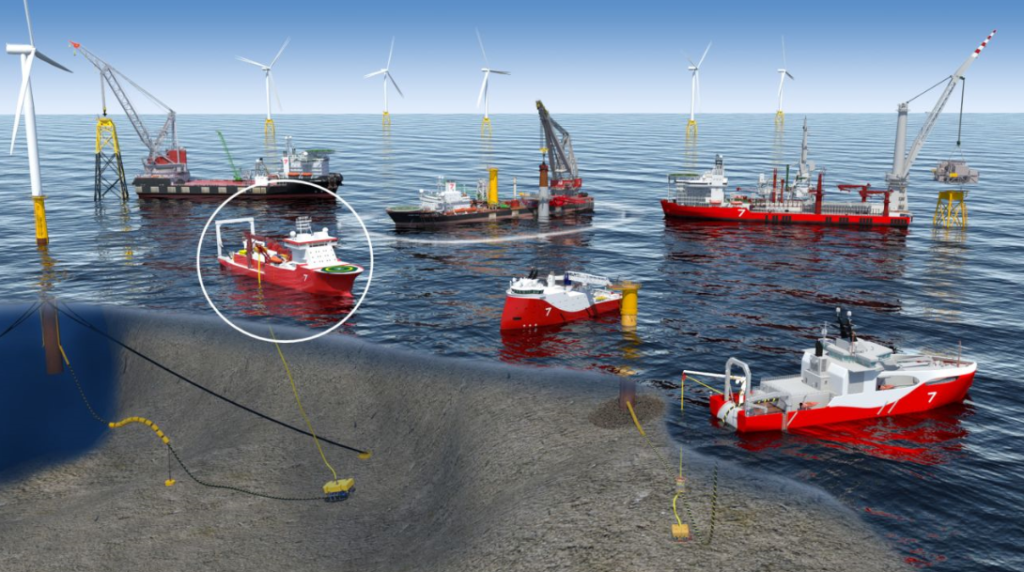