Progress in internationalisation together with efficiency and sustained performance in all business lines placed Gamesa in a strong growth position in the first half of 2011, with results in line with annual guidance in terms of volume, profitability and debt.

Wind turbine deliveries doubled in the period, to 1,106 MW, with the US and India each accounting for over 200 MW in the period.

Sales growth and cost optimisation (materials, construction and logistics) provided the Wind Turbine division with an EBIT margin of 5.2% (slightly higher than guidance for the year: 4%-5%), despite the highly competitive operating environment. Working capital in the wind turbine division amounted to 25% of sales, due to greater internationalisation (entry into new markets, such as Brazil) and the seasonality of deliveries in China and India.

Notwithstanding the funds allocated to international expansion, new products and development of the wind farm portfolio, Gamesa continued to focus on managing its finances, obtaining consolidated net debt of 607 million euro, i.e. 1.7 times EBITDA (below 2011 guidance).

In June, Gamesa signed a new syndicated loan for 1,200 million euro, extending the visibility of its funding by deferring the first principal payment until 2014, and 500 million euro over the next five years. This will ensure Gamesa has the capital for all of its activities in the Business Plan 2011-2013. The company has other credit lines totalling 1,000 million euro.

100% of sales were outside Spain

*Sales in India increased 2.4-fold to 216 MW, i.e. 17% of the total. Gamesa attained a market share of 10%, according to the Indian Wind Turbine Manufacturers Association (IWTMA), placing it among the top three wind energy companies in the country. In May, Gamesa signed a framework agreement with Caparo to supply 2,000 MW in 2012-2016;

*Sales in Latin America/Southern Cone increased 4-fold to 243 MW, notably increasing the region’s contribution to total sales (19%). The company signed contracts in Honduras and Mexico and sold its first MW in Brazil (where Gamesa’s commenced manufacturing in July);

*China and the US are also significant markets, accounting for 20% and 15%, respectively, of MW sold in the first half of 2011. Gamesa signed 300 MW to China Resources Power (CRP) in the period;

*Europe (primarily Eastern Europe) accounts for 27% of total sales, and the rest of the world accounts for 3%.

Gamesa continued to invest in the principal wind energy markets and in innovation, with capital expenditure totalling 96 million euro, for:

*The simultaneous commencement of production of the G97-2.0 MW in four markets (Europe, China, the US, India), with adjustments to production capacity;

*Increasing capacity in India for the G5X-850 kW and commencement of construction of a new blade plant in Gujarat. Gamesa has announced plans to invest over 60 million euro through 2012 to build three new manufacturing plants in India: blades, nacelles and towers (in a joint venture with investee Windar);

*Opening the first manufacturing plant in Brazil (nacelles), with a capacity of 400 MW;

In 1H11, Gamesa resumed capital expenditure in the development and sale of wind farms and continued to focus on monetisation, with sales agreements for 212 MW in Mexico, Greece, Poland, Spain and Germany. The pace is expected to accelerate in 2H11.

Wind Farms is a vital division for Gamesa, as it provides the company with competitive advantages and complements its wind turbine manufacturing activity: Gamesa is currently developing farms in areas with considerable wind resources in the US (around 100 MW); it continues to arrange joint development agreements with Chinese electric utilities; and the division has been vital in reinforcing the company’s position in India, where it has a portfolio of 2,267 MW under development in seven states.

Gamesa’s global wind farm development portfolio expanded 11%, to 24,501 MW at the end of June 2011. The “highly confident” pipeline attained greater visibility, having expanded by 52% during the quarter to 3,592 MW.

Progress in new platforms, offshore and adjustment of capacity to demand

Reducing the Cost of Energy (CoE) is a fundamental factor for the sustainability of growth by the industry in the long term, but it also contributes to maximising Gamesa’s growth:

*In just 18 months, the company completed the design, development and launch of the first product in the new G9X-2.0 MW family, the G97-2.0 MW, whose first prototype has been installed in Alaiz (Navarra, Spain). This family is being validated simultaneously in the main regions (China, US, Europe and India); the first firm orders have already been received in Europe (62 MW), and framework agreements have been signed in the US and India;

*The G128-4.5 MW, the first turbine in the G10X-4.5 MW family, set a record for power production by a wind turbine generator in Spain on 1 June 2011, with 100% availability. A number of versions of this product, which attained 98% average availability during the prototype phase, will be validate in the US and China in coming months, and type certification is expected to be attained in 3Q11;

*At the Offshore Wind 2011 conference (Liverpool, UK), Gamesa presented the latest design and engineering features of its G11X-5.0 MW platform, which has a rotor diameter of 128 metres and a modular, redundant design that permits operations at partial load and guarantees reliability, maximising energy output. The G128-5.0 MW offshore wind turbine, whose prototypes will be ready in the fourth quarter of 2012, incorporates technology that has been tested and validated by Gamesa in recent years with the G10X-4.5 MW plus the expertise and experience acquired operating the latter;

*In the current situation of surplus capacity, Gamesa is advancing faster than expected with the adjustment of production capacity to demand in order to enhance profitability. As it expands capacity in regions where demand is growing (e.g. India and Brazil), Gamesa is steadily adjusting capacity in Europe with plans to end the year with 1,200 MW of blade production capacity. This process includes refitting plants and insourcing previously outsourced processes in order to reduce the impact of the adjustment on the labour force and optimise costs. 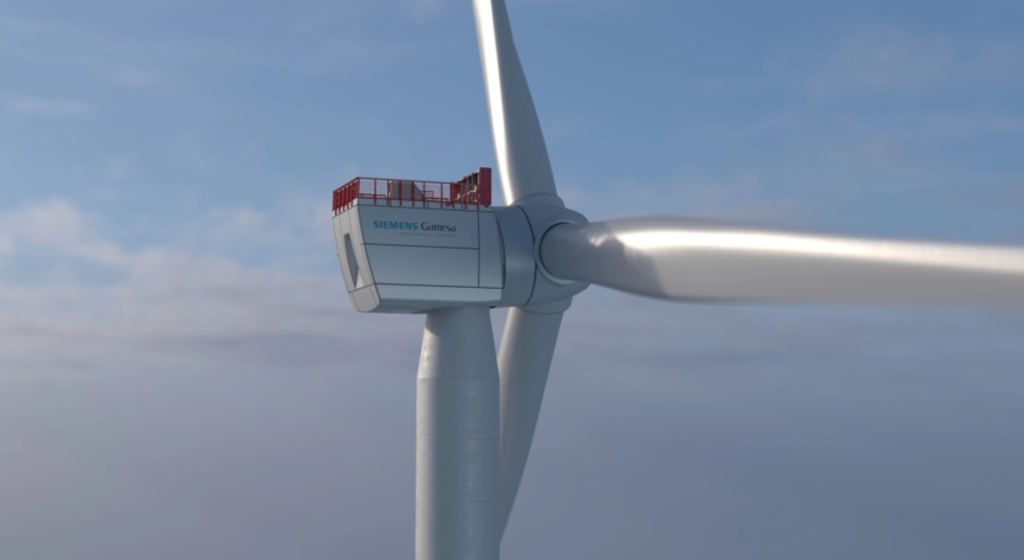