The latest phase in the debate over an off-shore wind farm in Lake Michigan was played out in a City Council meeting on Monday, when the council reviewed a report from the Mayor’s Wind Farm Committee.

City Council voted 5-2 to keep pursuing the wind farm, attempt to place someone on the state wind farm committee that awaits Gov. Pat Quinn’s approval and seek grants and corporate sponsorships for a meteorological study of lands.

But without a clear state plan in place, the city decided it cannot and will not move forward in a more decisive way, nor do all residents or aldermen wish the city to pursue the wind farm more proactively. Questions about actual benefits for Evanston residents and the cost of dedicating city staff time to the project were raised during the meeting.

However, proponents for the wind farm argue that a wind farm would benefit future generations and that deciding to opt out now would mean giving up the chance to be part of the planning process if the state does move forward with a wind farm. Supporters also cite Evanston’s reputation of progressiveness and its commitment to the environment and sustainability as reasons why Evanston should take a leading role with the Lake Michigan wind farm.

The debate over an off-shore wind farm in Lake Michigan has been ongoing in Evanston since 2008, when the Evanston Climate Action Plan was completed and accepted by City Council. ECAP outlined more than 200 strategies aimed at reducing the city’s greenhouse gas emissions by 13 percent by the year 2012.

One of the strategies listed in the plan recommended that Evanston “investigate the feasibility of offshore wind power generation in Lake Michigan.” The development of renewable power at this scale has “great potential” for reducing Evanston’s GHG emissions, according to the city’s website.

The city’s dedication to significantly reducing GHG emissions was an indirect result of the 2005 Kyoto Protocol, an international agreement ratified by 141 countries that mandated a 7 percent reduction in greenhouse gases from 1990 levels by 2012.

When the Kyoto Protocol was ratified, then-Seattle mayor Greg Nickels launched an initiative to advance the protocol’s goals in American cities via the U.S. Conference of Mayors Climate Protection Agreement. By June 2005, 141 mayors had signed the agreement, Nickels’s target number. By May 2007, the number of participating cities had reached 500. Currently, 1054 mayors have signed the agreement, according to the conference’s website.

The city’s success in implementing the ECAP also has received national recognition from the U.S. Conference of Mayors. It was announced in late June that Evanston Mayor Elizabeth Tisdahl won first place in the conference’s Climate Protection Awards in the small city category. The award specifically named the ECAP as the reason for recognizing Tisdahl and Evanston.

According to the latest report released in last month by the city on its progress in implementing ECAP, 115 of the strategies had been initiated, completed or are in the process of implementation. The plan has also contributed to the reduction of 23,902 metric tons of GHG emissions, the equivalent of removing 4,251 cars from the road.

Catherine Hurley, sustainable program coordinator for Evanston, said in an earlier interview with The Summer Northwestern that winning the award proves the importance of the ECAP to the city.

“Receiving the award helps to affirm that the City of Evanston is a leader in this area,” Hurley said. “It helps to validate the work and serves as a motivator to do that good work.”

Hurley identified energy projects as one of the “biggest opportunities” for Evanston to reduce emissions.

Talks about an off-shore wind farm became serious in April 2010, when Evanston’s City Council unanimously agreed to look into building a wind farm in Lake Michigan.

In May 2010, Evanston issued a Request for Information for the gathering of information on developing an off-shore wind energy facility in Lake Michigan, off the northern shore of Evanston.

The RFI allowed the city to identify potential partners for such a project. Evanston received three responses by June 2010, two from developers Off Grid Technologies, Inc. and Mercury Wind Energy, who gave presentations about their companies at an October 2010 City Council meeting. The council created the Mayor’s Wind Farm Committee in December 2010 to review the responses to the RFI.

Hurley served as staff on the Mayor’s Wind Farm Committee, whose report was reviewed by City Council on Monday. The committee is comprised of Evanston residents and employees appointed by the mayor in March. The committee met four times from March to June to review the two companies’ proposals and presented their findings to the City Council in June.

The committee recommended the city request an Evanston representative to be the “local government official” on the expected state Lake Michigan Offshore Wind Energy Advisory Council, promote awareness and discussion among residents, facilitate the establishment of a meteorological research station, identify benefits and negative effects of an off-shore wind farm, look to other studies of relevance to the project, identify other financial means to attract more developers and lenders, and follow other initiatives that could serve as models for revenue.

After hearing the committee’s findings in June, City Council decided to postpone its decision on the wind farm until this month.

At the June meeting, Northwestern, who had previously shown enthusiasm for the project, started leaning in a different direction.

Andrew McGonigle, manager of construction projects for the University, said based on the RFI responses, NU could not find economic justification for joining the wind farm project.

However, NU civil and environmental engineering Prof. Kimberly Gray, a 16-year Evanston resident and co-director of the NU Institute for Sustainable Practices, said at Monday’s council meeting that she still supported the wind farm.

“I highly endorse the recommendations of the committee on wind energy,” Gray said. “I hope one day to see a wind farm offshore in the Great Lakes.”

At the same meeting, council members repeated arguments both for and against the wind farm.

Ald. Coleen Burrus (9th), one of the strongest proponents on City Council for a wind farm, cited Evanston’s increasing reputation as an environmental leader to support her side.

“We’re a progressive community,” Burrus said. “We talk about innovation, so I think we need to move forward.”

Burrus had talked about the wind farm’s benefits for Evanston’s identity more than a year before in April 2010, when the council approved the RFI.

“This could be a source of civic pride,” Burrus said in April of last year. “We are not looking to others. We’re not looking for other energy sources. We can produce energy right here in Evanston.

Though he was part of the unanimous vote to look into building the wind farm in April 2010, Ald. Donald Wilson (4th) had cautioned against possible financial repercussions.

“I hope it would be economically viable,” Ald. Donald Wilson (4th) said in April 2010. “I don’t believe that the city itself is in any kind of position to pay for it.”

“Until there’s an actually a procedure and a policy in place from the state, there’s no point in us spending any staff time or any money in doing this,” Wilson said.

As Wilson and the council’s decision indicated Monday, everything rests on the creation of a Lake Michigan Offshore Wind Energy Advisory Council by the state. The council committed to try to place someone on the committee, should the bill creating it be approved, but further forward movement on a wind farm remains exploratory and research-based with no commitment of financial funding from the city.

The bill that creates the committee was filed by state Rep. Robyn Gabel (D-Evanston) in February and was passed back and forth between the state Senate and House for four months before the House sent it to Quinn on June 24. It now awaits the governor’s approval. He has 60 days to approve or veto it before it becomes law. 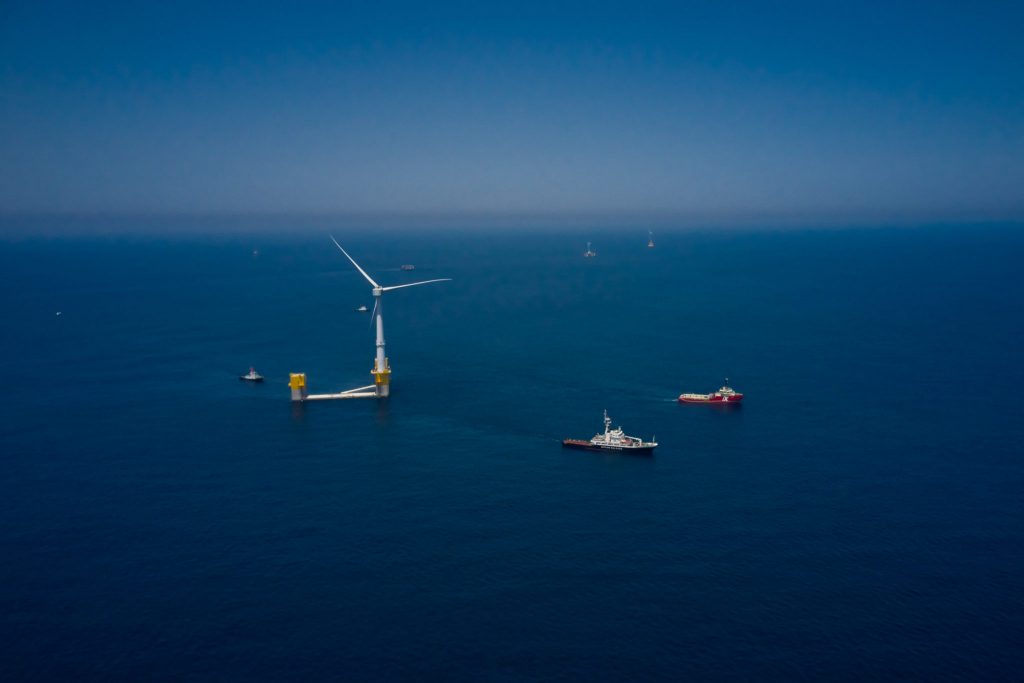