The International Renewable Energy Agency (IRENA) opened its Africa High-level Consultative Forum, one of the year’s largest summits of African energy ministers and experts and the only to concentrate exclusively on renewable energy. Building on the endorsement of IRENA’s 148 member countries for an initial focus on renewable energy deployment in Africa, the Forum identified priorities in technology dissemination, capacity-building, and financing for the Agency’s work on the continent and its partnerships with member countries, the private sector, and other energy organizations. The Agency additionally discussed its new work program in Africa.

Representatives from 62 countries, including 27 energy ministers, and 40 energy and development agencies attended the two-day event, held in Abu Dhabi, UAE, where the Agency is headquartered. Many speakers underscored the urgency of ensuring a prominent place for renewable energy in the rapid electrification that will occur in Africa in the coming decades. IRENA unveiled its “Renewable Energy Readiness” program, a collaborative process with member governments, regional economic communities, and international energy organizations, that will provide a rapid, objective assessment of the status of renewable energy opportunities in participating countries, paired with customized early action plans to enable renewable energy deployment.

Adnan Amin, the Director-General of IRENA, said, “With this forum, IRENA is recognized by the African continent as the world’s focal point and convening power for renewable energy. We want to ensure that our member governments, in Africa and elsewhere, are being heard so we can prioritize an action plan that creates an enabling environment for deployment, and we want to ensure that the right people are speaking to one another.“

Amin added: “This event has sharpened our thinking about our constituents’ priorities and potential partnerships. It sets an excellent foundation for concrete projects between IRENA and its stakeholders in Africa.”

The first day articulated the scale of opportunity on the continent, and then moved to a discussion of strategic partnerships and investment prerequisites for African countries.

Simon D’Ujanga, Minister of Energy and Mineral Development of Uganda, noted the critical groundwork these assessments could accomplish. “This is where IRENA should play a major role. Especially with regard to policies, we should not reinvent the wheel, but adopt other successful approaches,” he said.

Dr. Sultan Al-Jaber, the UAE’s special envoy for energy and climate change and President of IRENA’s First Assembly, stressed the value of IRENA in fostering partnerships such as the Renewable Energy Readiness program. “One of IRENA’s key value-adds is its ability to mobilize partners and resources to bring renewable energy to the forefront of long-term member government planning. This Forum is a first step in consolidating renewable energy activities on the continent, and we are affirmed to already see the partnerships between IRENA and African member countries on renewable energy scoping.”

He highlighted that IRENA has also already partnered with the Abu Dhabi Fund for Development, which will disburse US$50 million per annum of concessional finance, starting in 2012 for seven years, to renewable energy projects in developing member countries, many of which are located in Africa.

The Forum’s second day addressed technology dissemination and capacity-building opportunities and pinpointed data and analysis gaps that IRENA can fill.

South Africa’s Energy Minister, Dipuo Peters, particularly emphasized the value of international cooperation on mapping and measurement of Africa’s renewable resources, where South Africa has been a leader. “It is crucial that we identify the best energy resources, which allows us to follow with integrated resource plans that take account of affordability to the end-user,” she said. She also noted that “IRENA should be able to identify capacity-building opportunities for African countries.”

The session closed with a ministerial dialogue on the role of IRENA and African countries in the effort to deploy renewable energy. African member governments pledged to extend full cooperation and support, including information access, to IRENA.

IRENA was formally inaugurated on April 4, 2011, in Abu Dhabi, with a membership of 148 member countries, plus the European Union. Forty-eight African countries have signed the IRENA statute. The Forum represents the Agency’s first large public meeting. 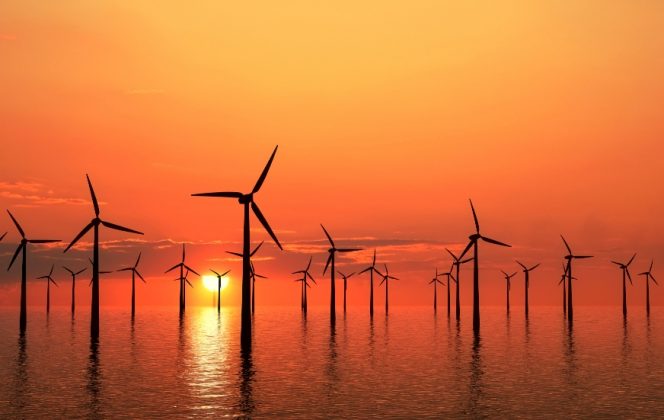