Vestas is pleased to officially announce the opening of its office in Berlin, which will allow Vestas to better serve its customers in Eastern Germany and to better participate in important national debates about wind energy policy in Europe’s largest wind energy market.

The office opening was celebrated by Vestas’ customers, key political representatives and other industry figures. The opening event featured a dialogue with interesting and knowledgeable speakers about the German wind energy industry’s key challenges and future direction.

Vestas’ new office underlines the growing importance of the booming wind energy markets in Eastern Germany and the realization that political decision-making is critical to the ongoing development of wind energy, other renewable energies and the growth of a sustainable and green economy.

“This was an easy decision to make,” says Hans Jörn Rieks, President of Vestas Central Europe. “We have more and more customers in Eastern Germany, who have ambitious development plans for wind energy.”

“Because Vestas has over 30 years of experience in wind energy in 65 countries – including over 25 years in Germany – we feel it is extremely important to play an active role in the political process and to be available to share our knowledge and experience with policy-makers. We would like to become even more deeply involved in the debate about how the huge success of Germany’s wind industry can be continued. This is best done by establishing a presence in the political capital to ensure that wind energy has the strongest voice in Berlin.”

“These are interesting times for wind energy in Germany,” says Vestas Germany Sales Director, Andreas Eichler. “The industry’s strong and well-structured growth has made Germany a global market leader in wind energy. The conversation about the future of wind energy is happening now – and it is happening in Berlin.”

Vestas is the world leader in wind technology, with a history of technological innovation and over 30 years of experience in developing, manufacturing, installing and maintaining wind turbines. Vestas was a pioneer in the wind industry and started to manufacture wind turbines in 1979. In 1987, the company began to concentrate exclusively on wind energy.

Today, Vestas operates in 65 countries, providing jobs for over 22,000 passionate people at our service and project sites, research facilities, factories and offices all over the world.

As of 30 June 2010, Vestas Germany has delivered a cumulative capacity of 7284.13 MW and it had a workforce of more then 2000 highly skilled and fully committed employees its three state-of-the-art production facilities, four office locations and more than 100 service depots. 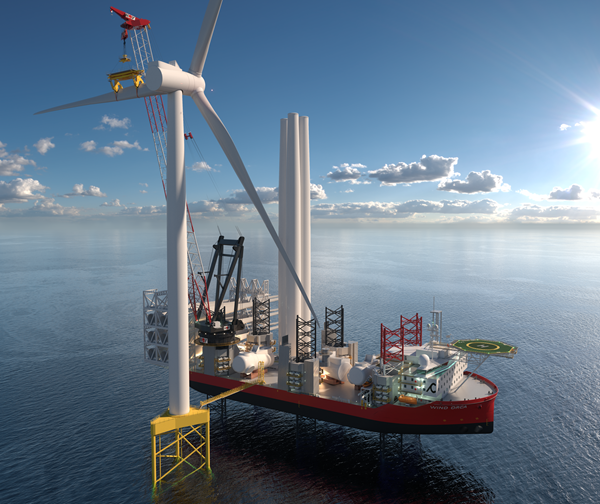