Norbert Röttgen, German Federal Environment Minister, has thrown his backing behind developing more offshore wind farms in Germany. Röttgen announced today that offshore companies can rely on debt guarantees from the governemnt to secure the financing of “10 mega projects” in the North and Baltic seas up until the end of 2011.

The announcement signals a stronger than previously thought support for wind energy from Röttgen, German newspaper the Spiegel said.

“I believe that we can reach nearly 100% renewable energy by 2050, and wind power will provide about 50% of this,” Röttgen said in an interview with the Hamburger Abendblatt.

Currently the German government is finalising its ‘energy concept’ for the next 40 years. One of the most controversial issues is whether or not to extend the lifespan of nuclear power facilities. Röttgen reportedly called nuclear power a “transit technology”, adding that he only wants to extend nuclear’s lifespan by a “single digit” number of years.

Less positive news from the UK where a new study by PwC show that the UK will miss its 2020 renewable energy targets unless a “quantum leap in offshore wind capacity investment is achieved”.

“Last year, less than half the average annual roll out rate of 1.1 GW needed to meet the 2020 target was achieved,” PwC said in a statement. “Offshore wind represents the single most important component of the renewable energy strategy, and is targeted to deliver around half of the additional 27 GW generation capacity required to meet the UK’s 30% renewable generation target by 2020,” the study said.

For Europe as a whole, however, offshore growth is strong and steady. Already in 2010, offshore wind installations in Europe have exceeded expectations – more MW have been installed in the first half of this year than in the same period in 2009.

Meanwhile, over in the US, wind energy is traversing less favourable times. The latest figures show that turbine installations are on the decline this year compared to last: Only 1.24 GW of wind energy capacity was added in the first half of this year, less than half of the level installed in the same period in both 2008 and 2009.

The American Wind Energy Association (AWEA) is spearheading a movement asking US lawmakers to create the conditions needed for renewable energies to grow.

“We have an historic opportunity to build a major new manufacturing industry. Without strong, supportive policy like an RES to spur demand, investment, and jobs, manufacturing facilities will go idle and lay off workers if Congress doesn’t act now – before time runs out this session,” AWEA chief executive Denise Bode said, reported by Recharge. 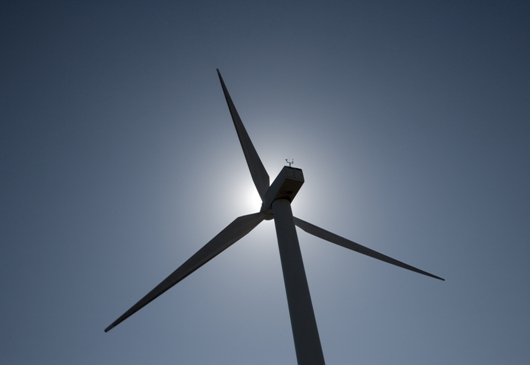