The Strategic Environmental Assessment and Development Plan for Offshore Wind sets out proposals for the short, medium and long term up to 2020 and beyond.

* Progressing the 10 sites for potential offshore wind energy development recently identified by The Crown Estate. Environment and technical assessment has concluded there are no significant environmental effects which cannot be avoided or reduced through appropriate project planning and development

* The mapping of key technical and environment constraints to identify the most feasible areas for development, and further evaluate of these areas in relation to other users of the sea; most notably shipping and commercial fishing sectors

* A commitment from the Scottish Government to consider reviewing the plan every two years, in recognition of the fast pace of change within the offshore wind sector and marine environment

Launching the consultation at the All Energy Conference in Aberdeen today, Environment Secretary Richard Lochhead said:

“For centuries Scotland’s seas have provided a lifeline to many of our coastal communities. We now have an opportunity to harness a new dimension of this natural resource for 21st Century Scotland in the form of marine renewables including offshore wind. It can undoubtedly play a key role in generating clean, green renewable energy.

“Today’s launch marks a major step in our commitment to make Scotland a powerhouse of renewable energy in Europe. We have already pledged to generate 20 per cent of all energy, and 50 per cent of electricity, from renewable sources by 2020. This requires that the current capacity of nearly four Gigawatts (GW) is doubled to eight GW. The Crown Estate has identified 10 areas, with the generation capacity of around 6.4GW, where commercial leases for offshore wind energy developments could be granted.

“I would urge everyone to participate in the consultation, to help confirm the best options for offshore wind energy development. We are committed to delivering the necessary support for a pioneering energy industry in Scotland, while promoting a low carbon economy.”

“Meeting the amazing potential of offshore wind farms to create jobs, deliver energy security and cut carbon also requires a responsible approach to development. This framework should help enable offshore renewables to be sited in the right places, mindful of local environmental constraints and the needs of other sea users. We will respond to this consultation to ensure the plan underlines that we can tackle carbon emissions while minimising the impact on the environment through sensible sighting and design of projects, which should be welcomed by all those who have a stake in the health of our seas.”

“As an indigenous, traditional industry at the heart of the Scottish Economy, the Fishing Industry can see the growth of the renewables energy sector continuing into the foreseeable future.

“It is imperative that a primary food producing industry, harvesting a sustainable, renewable resource will not be forgotten about as the new industries develop.

“For this reason we look forward to working and consulting with the Marine Scotland Renewables Team to ensure that they have the best information available to help them mitigate any potential conflicts between old and new users of the sea.”

The Crown Estate (TCE) announced in February 2009 that it was entering into exclusivity agreements for 10 sites for offshore wind energy development within Scottish Territorial Waters. The Scottish Government (SG) responded to this announcement with the Minister for Enterprise, Energy and Tourism announcing that we would carry out a Strategic Environmental Assessment (SEA).

Marine Scotland (MS) has progressed the SEA and a draft Development Plan for offshore wind. The SEA process will help ensure that Scotland’s future commercial offshore wind resource is developed sustainably, and to inform developers when they carry out EIAs (as they are required to do to obtain the necessary consents).

The second part of the process; the production of an Environmental Report was commissioned following Official Journal of the European Union contract requirements.

The Strategic Environmental Assessment assesses the likely impact upon the environment of offshore wind developments (including cumulative effects from more than one development, and from other types of developments) and identifies three types of spatial areas. These are:

As part of the consultation process, a series of stakeholder consultation workshops will be taken forward by Marine Scotland in the coming weeks, to help explain the approach used to develop and assess the plan, and to further explore the environmental and sectoral issues raised in the process.

As well as considering the Draft Plan, consultees are invited to consider the proposals in the light of the environmental information set out in the SEA Environmental Report. 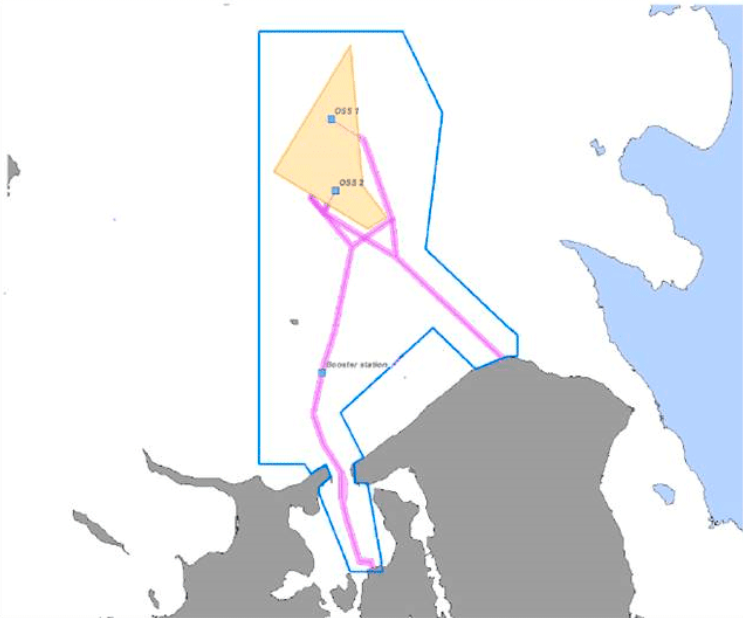