Asia-Pacific: The Next Frontier for the Global Offshore Wind Industry

With pressure on governments in Asia-Pacific to commit to their climate change targets, countries such as Taiwan and Japan have set ambitious goals for renewable energy development. As this energy transition requires the replacement of large-scale fossil fuelbased power generation, several countries have chosen offshore wind as the most viable option to achieve these goals. This has caused a flurry of activity in the regional offshore wind industry in the past two years and it is expected that the region will soon overtake Europe as the biggest offshore wind market.

The Asia-Pacific region has seen a tremendous growth in offshore wind development during the last twelve months. From an initial 10-year forecast in 2017 of 11.2 GW by 2027, our new estimate sees installed offshore wind capacity rise 20-fold to 43 GW in 2027. This is fueled by the fact that electricity demand in Asia-Pacific is among the highest in the world with end use demand to increase 63% by 2040. With the need to de-carbonize their economies, countries in Asia-Pacific have made offshore wind their key priority as offshore wind projects have higher capacity factors than other renewables, are similar in capacity to thermal plants and enable faster penetration and are large enough to cater to this growing demand. The current focus of the industry are on Taiwan, China, Japan and South Korea while emerging markets such as India, Vietnam and Australia are being closely watched.

Leading the charge in offshore wind in Asia-Pacific is China, which is expected to see capacity grow from 5 GW to 31 GW in the next decade. Although the government target is 43 GW in coming years, the country is facing severe supply chain bottlenecks with the offshore wind turbine production have reached its maximum capacity limits.

Taiwan has been the most visible development in the regional offshore wind industry as it opened up its industry to global players such as Orsted, Northland Power and CIP. In 2018, it awarded a total of 5.7 GW in offshore wind projects which will be developed and constructed in the coming years. Taiwan will be pushing ahead to realize a potential 10-12 GW target by 2030 as indicated by the government this year.

With 12 GW of projects in development, the Japanese government has designated 11 sites in preparation for tenders that will begin in 2020; paving the for the beginning of utility scale offshore projects.

South Korea has ambitious plans and is targeting at least 13 GW offshore wind by 2030 with plans to accelerate floating offshore. Global players such as Engie, Shell and Macquarie have announced plans to develop projects in the country.

Although China, Taiwan, Japan and South Korea lead the development in the region, there are a number of new offshore wind markets emerging in Asia-Pacific. The Indian government has already identified potential sites for offshore win and indicated it will tender 1 GW of demonstration projects though implementation continues to be delayed as financial support measure have yet to be finalized. In Australia, the 2GW Star of the South project remains the only offshore wind project in development but it is expected that the Australian government will implement a national offshore wind policy on the back of developing a global hydrogen industry. In Southeast Asia, Vietnam is the first country seeing offshore wind activity with the announcement of a 3.4 GW project. However, the country will need to first further develop and upgrade its grid system to be able to accommodate large scale renewable energy projects.

With the ambitious goals set by several governments, the offshore wind industry in Asia-Pacific will sooner or later overtake Europe as the largest offshore wind market. China is already expected to overtake United Kingdom in 2021 with having the largest installed capacity globally. Despite the enormous potential of offshore wind in Asia-Pacific, key challenges around technology maturity and the limited ability to build a regional offshore wind supply chain remain. To support the ambitious growth in offshore wind capacity, a robust supply chain needs to be developed. Maritime infrastructure, establishing a local vessel fleet to install and service offshore wind farms, and upgrades to transmission systems will take time to be built up. This will require strong commitments by regional governments to support and invest in the growth of offshore wind. Not withstanding this, the region will see a tremendous growth in the coming years and the question will not be “if” but “when” Asia-Pacific will overtake Europe as the largest offshore wind market. 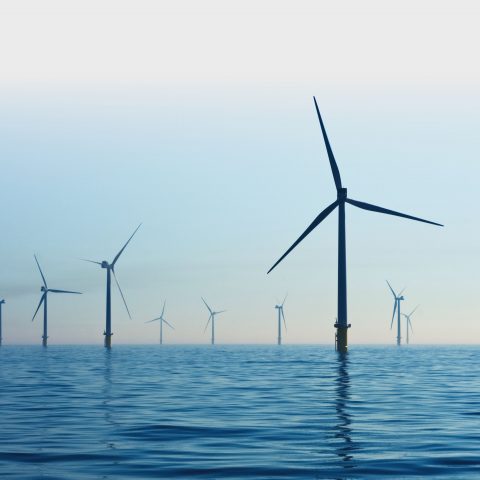