The following is an opinion piece written by Julian Brown, Board Chair at SENSEWind. Opinions, beliefs, and viewpoints expressed in opinion, comment, and guest articles do not necessarily reflect the opinions of offshoreWIND.biz.

Deployment predictions in floating wind continue to soar. By 2050, DNV predicts that floating offshore wind will generate 264 GW or 15% of all offshore wind energy.

On the O&M side of things, based on evidence generated from a series of industry engagements, BVG Associates estimate* that a future 1 GW floating wind farm of 70 turbines would plan for at least seven major component exchanges per annum in early post-warranty years. At a cost of millions of euros per tow-back, this makes the practice of towing back to port simply not scalable.

When floating turbines need a major component exchange, we have only two options: we either service the turbines on-site or tow them back to port. Let’s examine both scenarios a bit closer:

Despite there being only a handful of floating offshore wind turbines in operation today, we’ve already seen several major component exchanges requiring a tow-back. Nothing wrong with this – it’s the only option we have. This is why we do demonstration projects – to learn!

Besides the obvious logistical issues and port availability, perhaps the most devastating effect of the tow-back practice is the considerable downtime and commensurate loss in energy production. The extraordinary rise in cost – and loss of income – associated with this approach boggles the mind.

While I certainly feel the pain of those dealing with unplanned wind turbine failure, all of this does beg the question: why on earth would tow-back be considered a viable option for the future?

Will the turbines of tomorrow require substantially fewer major component exchanges? Perhaps, but I wouldn’t count on it. Turbine reliability may be improving, but there is always a trade-off between reliability and cost. The dream of spaceship reliability and commodity pricing for wind turbines is, in fact, just a dream.

At a cost of millions of euros per tow-back, and given the enormous volumes projected for floating wind, the industry would be well-served to sharpen its focus toward installation and O&M technology advances designed with floating wind in mind. Now is the time to put promising onsite solutions through their paces – before the jump to industrial scale.

*BVG Associates estimate the failure rates of major components including blades, generators, and drive train in the order of 11% per wind turbine (approximately 2% per MW) per annum in the first 5 years post warranty for first generation offshore turbines in the North Sea (installed and operating by 2020). Taking a conservative view that modern turbine technology (15 MW scale) improves the per MW failure rates by keeping the per turbine rates constant, then a future 1 GW floating wind farm of 70 turbines would plan for at least seven (7) major component exchanges per annum in those early post-warranty years. This does not include complications that may be introduced by the floating foundations themselves. 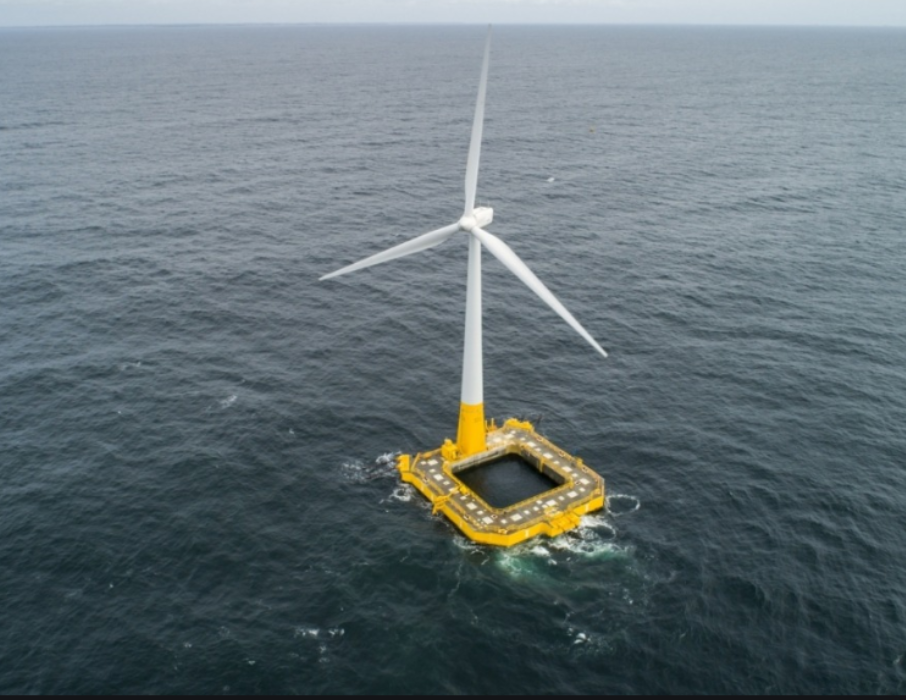