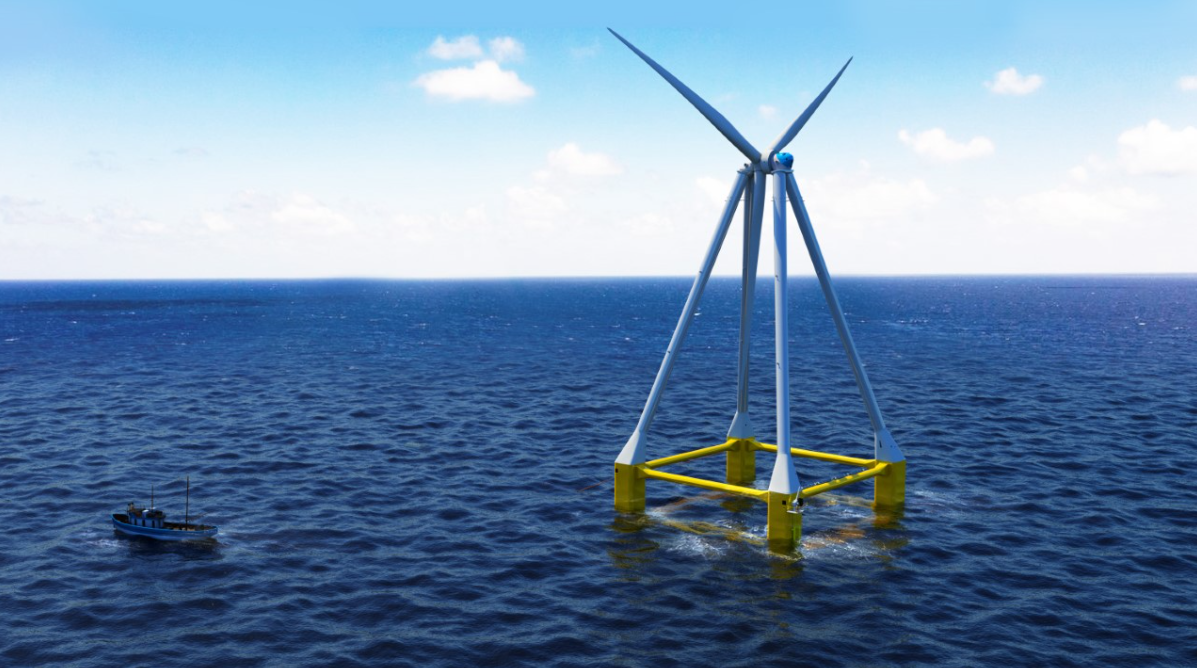 Eolink, Valorem, and Centrale Nantes have been awarded EUR 14.9 million from the funding programme “France 2030” for the manufacturing of Eolink’s floating wind turbine and its deployment at the SEM-REV test site offshore Le Croisic in France.

The 5 MW, pre-commercial floating wind turbine will be commissioned in 2024 at the test site which is owned and operated by Centrale Nantes.

Valorem is in charge of the assembly of the turbine on the floater, and operation and maintenance (O&M) through its subsidiary Valemo. Chantiers de l’Atlantique is providing support regarding steel fabrication, while Eolink is the project designer and coordinator.

Eolink’s floating wind concept replaces a single wind turbine tower with a set of four thin and profiled arms that replace the classic single tower supporting the turbine. This is said to allow for a lighter structure and a better distribution of the load, reducing installation and maintenance operations.

The demonstration project at the SEM-REV site will enable the floating wind turbine to mature towards commercialisation.

“It is a crucial step for the development of our company towards product bankability. We have the ambition to deliver a highly competitive solution for ongoing tenders worldwide such as Bretagne Sud and Mediterranean projects in France, or projects in the UK”, said Alain Morry, Chief Commercial Officer of Eolink.

The 5 MW demonstration turbine corresponds to a 2/3 scale of the 15 MW commercial units that Eolink’s structure aims to support. The company completed offshore trials of a 1/10 scale prototype in the summer of 2019, after the unit was tested at sea for over a year.

Eolink gained access to testing at the SEM-REV site in 2020, after being recommended for support packages under the second call of Ocean DEMO, a EUR 13 million Interreg-funded project which allows companies to receive free access to test its technology in real sea environments. 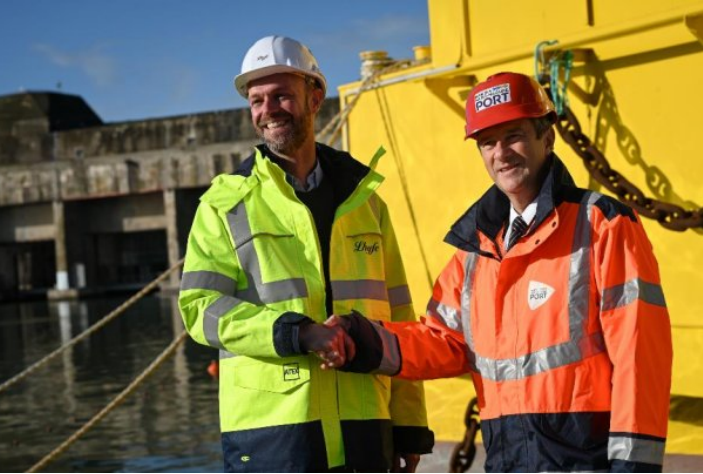