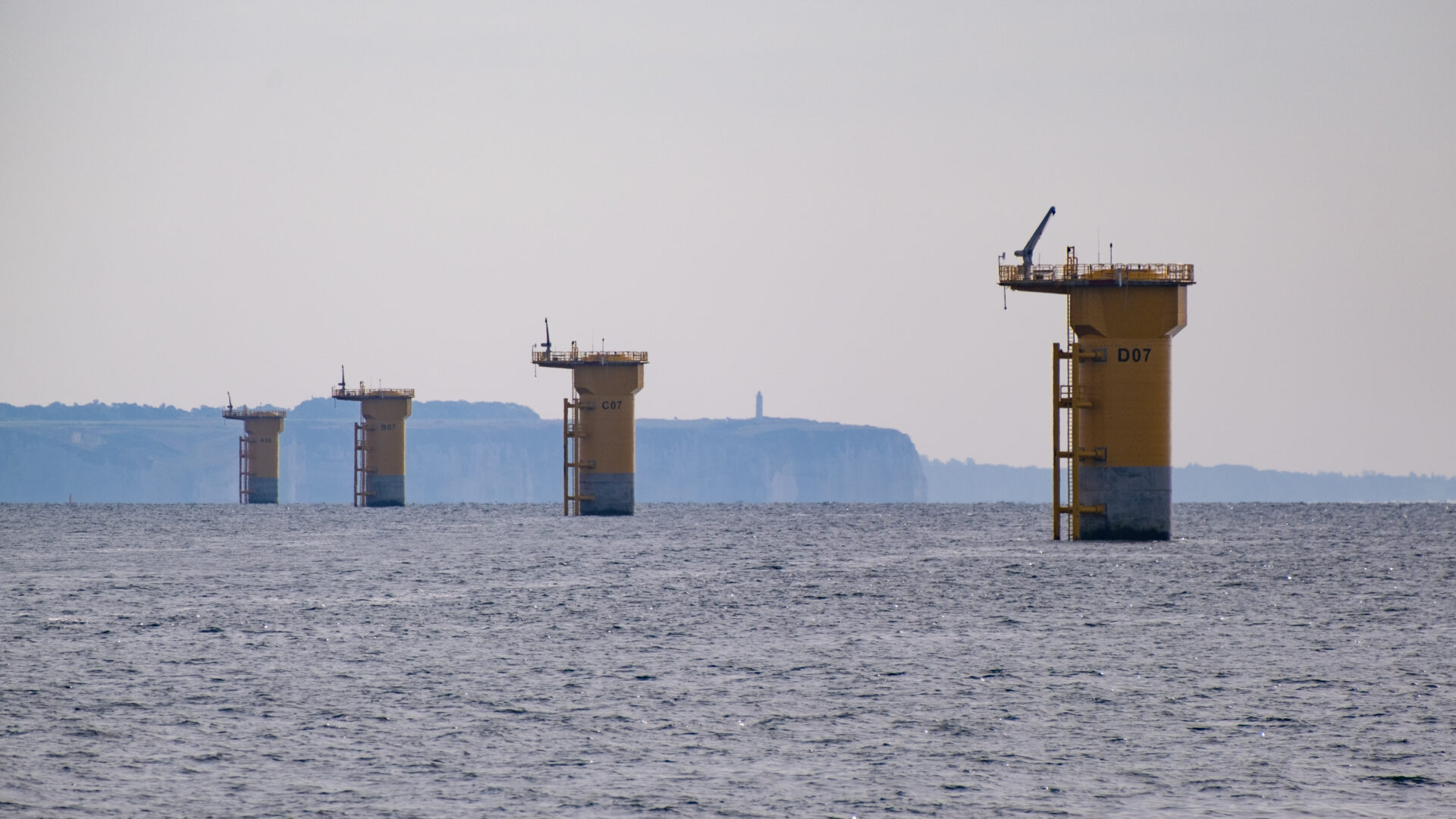 All 71 gravity-based foundations have been installed at the Fécamp wind farm offshore France, the project developer said.

The consortium of Boskalis, Saipem, and Bouygues Construction is in charge of supplying and installing the foundations for the 500 MW offshore wind farm.

The foundations were transported by barges in sets of three from the Bougainville yard in the Grand Port Maritime of Le Havre and installed at the site by Heerema Marine Contractors’ Sleipnir.

Bouygues, the consortium leader, and Saipem, are responsible for the design, construction, and installation of the foundations.

Boskalis is in charge of carrying out scour protection and ballasting of the foundations after the installation.

The operations of ballasting the gravity-based foundations with gravel are currently ongoing according to the established schedule.

Prysmian Group is expected to begin the installation of the inter-array cables which will transport the electricity produced by the wind turbines to the electrical substation this autumn.

From the first half of 2023, the 71 Siemens Gamesa SWT-7.0-154 wind turbines will be installed on the foundations, then gradually commissioned. 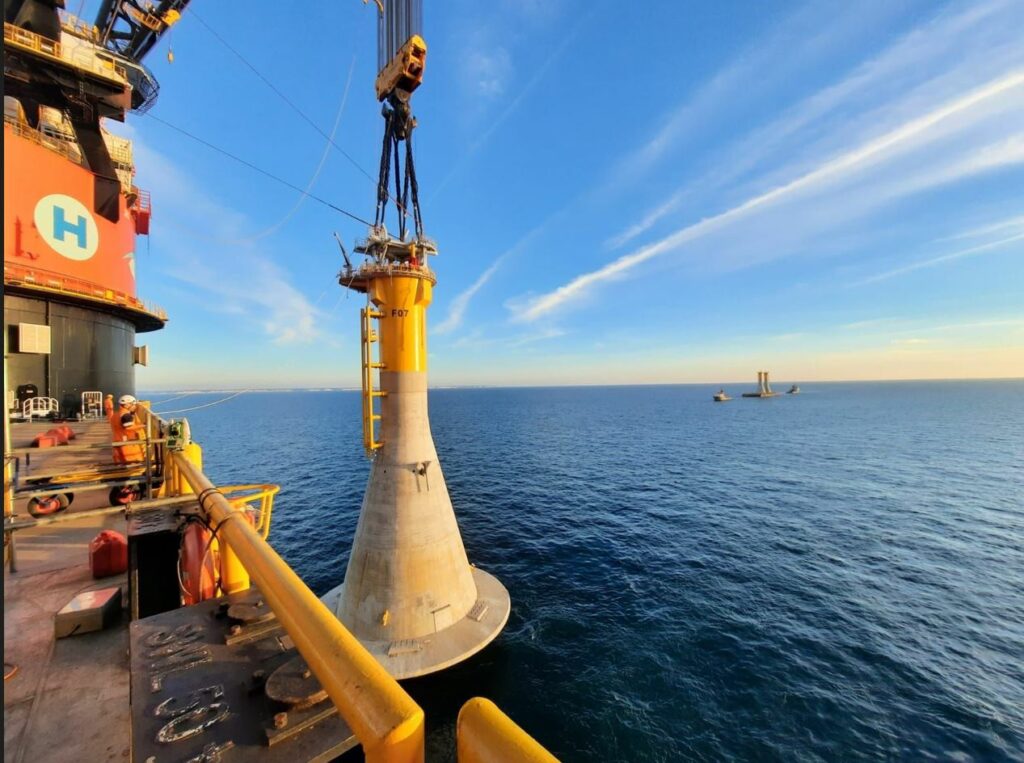