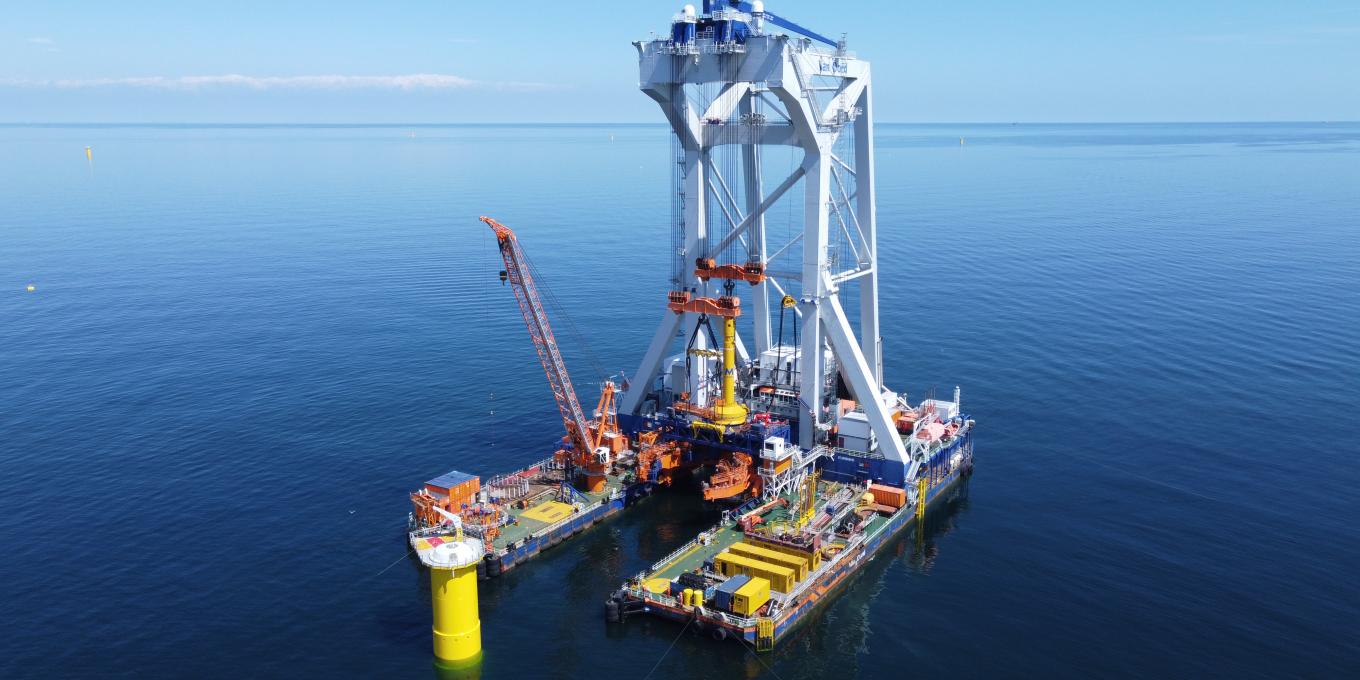 Van Oord will deploy its heavy lift installation vessel Svanen for the installation of foundations at the Baltic Power offshore wind farm site in the Polish sector of the Baltic Sea.

The Dutch offshore construction company has been selected as the preferred contractor by Baltic Power, a joint venture between Polish Orlen Group and Canadian Northland Power, who recently also signed preferred supplier agreements with several other companies for the delivery and installation of the project’s foundations and offshore substations.

Van Oord will transport and install more than 70 foundations, consisting of monopiles and transition pieces which will be delivered by Steelwind Nordenham and Smulders, respectively.

Construction of the 1.2 GW offshore wind farm is planned to start in 2024.

The company pointed out that Svanen installed the vast majority of the offshore wind monopiles in the Baltic Sea, including those for Baltic 2, Arkona and Kriegers Flak.

The Baltic Power offshore wind farm is located approximately 23 kilometres north of the Baltic Sea coastline, in the vicinity of Choczewo and Łeba.

The 1.2 GW offshore wind farm will have more than 70 turbines with a minimum capacity of 14 MW and will, along with being the first commercial-scale project in Poland, also be one of the largest projects of this kind in the country.