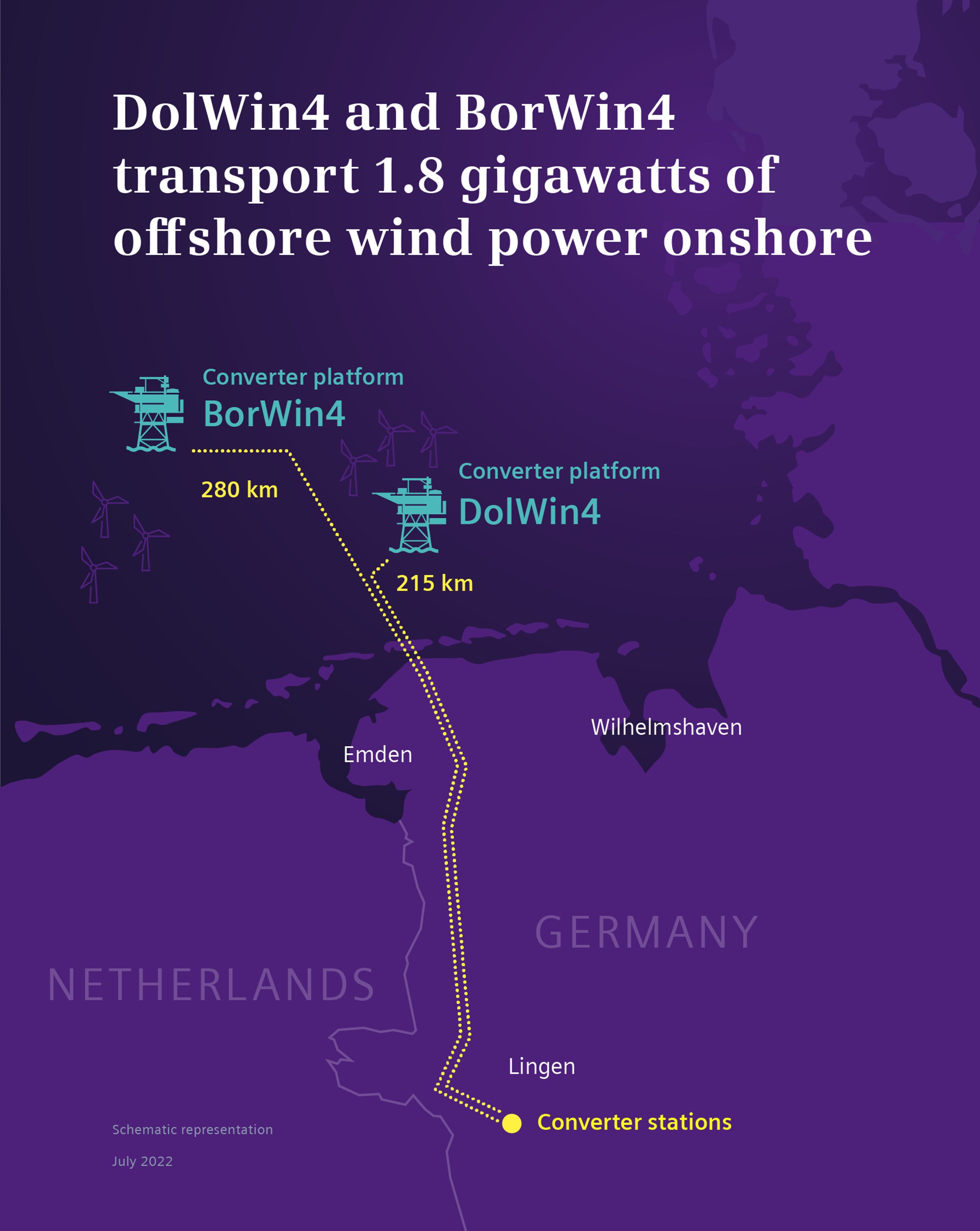 DolWin4 and BorWin4 will transport up to 1.8 GW of power from several wind farms in the German North Sea to land with low losses.

The order value is in the high three-digit million-euro range, making it the largest offshore grid connection order Siemens Energy has received to date.

“The share of renewable energies in Germany’s power supply is set to rise to 80 percent by 2030. Therefore, building new wind power plants is important but ultimately pointless if the energy does not reach consumers. We also need to invest in our power grid to supply the country with sustainable energy reliably,” said Tim Holt, member of the Managing Board at Siemens Energy.

Only in this way can the large amounts of energy cover the distance of around 215 kilometres at DolWin4, and 280 kilometres at BorWin4 without significant losses, Siemens Energy said.

The two connections will be installed in parallel and are scheduled to begin operating in 2028. BorWin4 would thus even be connected to the grid one year earlier than originally planned.

Since the transmission grid in the coastal region of Lower Saxony is already heavily utilized by numerous wind farms, the connection points for the links are located far inland.

Siemens Energy will build the land converter stations near Amprion’s Hanekenfähr substation in Lingen in southern Emsland. The grid hub currently connects the Emsland nuclear power plant to the transmission grid, which is scheduled to be shut down at the end of 2022. DolWin4 and BorWin4 will replace the nuclear plant’s generation capacity.

In addition to supplying the technology, Siemens Energy will also take over the complete maintenance of the converter solutions for an initial period of ten years.

All high-voltage equipment for the two connection systems, such as converter technology, transformers, and switchgear, will be manufactured by Siemens Energy in Europe. The Spanish consortium partner Dragados Offshore S.A., a subsidiary of the VINCI Group, is responsible for the design, construction, and offshore installation of the associated platforms. Construction will take place at the company’s yard in Cádiz, Spain. 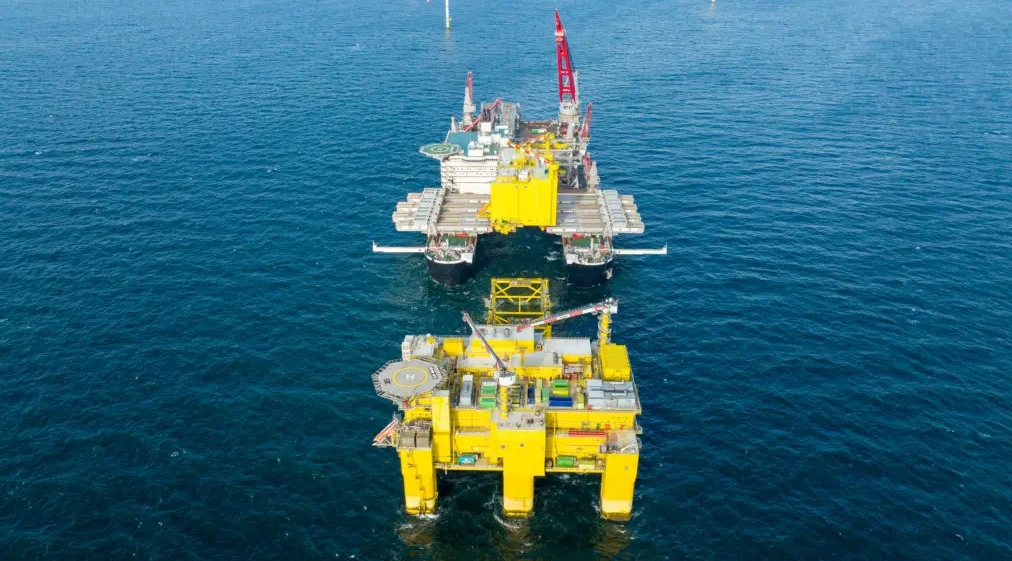