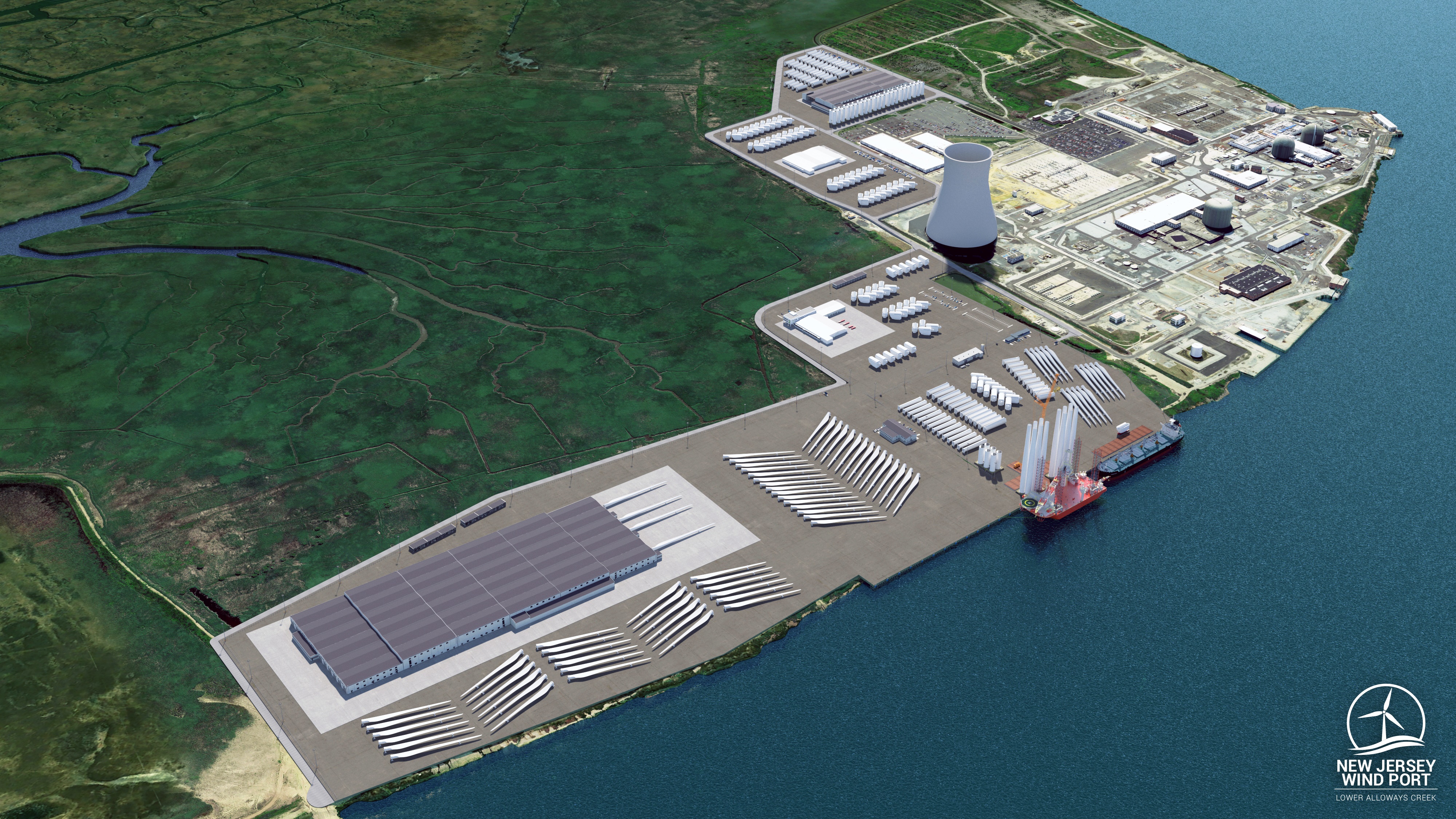 The New Jersey Economic Development Authority (NJEDA) will shortly launch the next phase of its tenant selection process for the New Jersey Wind Port.

This phase will involve seeking offers from Tier 1 wind component manufacturers, such as blades, for an approximately 70-acre parcel of property at the port.

The parcel is currently undeveloped but is intended to be purpose-built for manufacturing and would adjoin a deep-water port. The parcel would be connected to two marshalling parcels via a purpose-built heavy-haul road corridor.

The NJEDA anticipates that the parcel will be available for sublease from late-2026. A notice for the sublease of property will be issued in coming weeks, the NJEDA said.

”There is simply no better site to anchor an offshore wind manufacturing facility in the nation than at the New Jersey Wind Port, the nation’s only purpose-built greenfield wind port and epicenter of the nation’s fast emerging wind supply chain hub,” said NJEDA CEO Tim Sullivan.

”For a manufacturer, being co-located with two marshalling parcels means significantly lower logistics costs, a win for industry and a win for energy consumers. At the same time, being part of the nation’s supply chain hub means ready access to a growing ecosystem of tier two suppliers across Southern New Jersey and throughout the state.”

The New Jersey Wind Port, located on the Delaware River in Lower Alloways Creek, Salem County, New Jersey, is expected to be a transformative, hub-style port serving offshore wind projects in New Jersey and up and down the US East Coast.

The Port is being developed by the NJEDA on behalf of the New Jersey State and is said to represent a new approach to economic development that will spur both job creation and opportunities for businesses throughout the offshore wind supply chain.

It has the potential to create up to 1,500 manufacturing, assembly, and operations jobs, with wind projects supported by the port driving billions more dollars in economic growth.

The port is described as being situated at the geographical center of the United States’ offshore wind sector – with approximately 40 GW of committed and planned offshore wind projects along the East Coast, including 7.5 GW of projects off the coast of New Jersey.

”Manufacturing critical components of the offshore wind supply chain here in New Jersey will not only benefit our own offshore wind projects, but the entire industry up and down the East Coast,” said New Jersey Board of Public Utilities (NJBPU) President Joseph L. Fiordaliso.

”By diversifying the manufacturing opportunities available, we will bring more jobs and economic development opportunities to the Garden State as we work to achieve Governor Murphy’s goal of 7.5 GW by 2035.”

The construction of the New Jersey Wind Port started in September 2021.

The groundbreaking ceremony also included the signing of a Project Labor Agreement (PLA), with the New Jersey State committed to using union labor to construct the port and to setting a new standard for inclusion of minority and women workers and business owners.

Core construction of the Wind Port commenced in January of this year, with the first phase of the port due to reach completion in early 2024.

Earlier this year, the NJEDA and Ørsted North America executed a letter of intent (LOI) for Ørsted to marshal its Ocean Wind 1 project from the port.

As part of its bid to the NJBPU, Ørsted had proposed to marshal Ocean Wind from an interstate port, with its commitment to instead use the Wind Port creating over 200 pre-assembly, load out, and stevedoring jobs in New Jersey, the NJEDA said.