Abu Dhabi-based Masdar has signed a Memorandum of Understanding (MoU) with BP to acquire a stake in the company’s proposed green hydrogen project, HyGreen Teeside.

Announced in November 2021, HyGreen Teeside is expected to produce 60 megawatt electrical input (MWe) of hydrogen at start-up in 2025, increasing to up to 500 MWe by 2030.

At a later stage, BP intends to power the HyGreen Teesside with the electricity from renewable energy projects the company is developing around the UK, including the offshore wind farms, the spokesperson said.

HyGreen Teesside is expected to fuel the development of Teesside into the UK’s first major hydrogen ‎transport hub, leading the way for large-scale decarbonization of heavy transport, airports, ports, and ‎rail in the UK, BP said.

BP also signed an agreement with ADNOC to sell a 25 per cent stake in the design stage of BP’s blue hydrogen project, H2Teeside.

Together, these two projects could deliver 15 per cent of the UK Government’s recently expanded 10 GW target for hydrogen production in 2030, according to BP.

“By joining forces with ADNOC and Masdar we are reinforcing the world-leading role that Teesside, and the UK more widely, can play in developing new supplies of energy, as well as new skills and supply chains,” said Bernard Looney, BP’s chief executive.

“We’re backing Britain and the resources, capability and net zero ambition here in the UK make it ideal for the development of low carbon hydrogen – and together we can help deliver a significant contribution to the UK’s newly increased hydrogen ambition.”

Together with EnBW, the British oil and gas company won lease rights for two offshore wind sites, now named the Morgan and Mona projects, in the UK Round 4 leasing at the beginning of last year.

BP and EnBW’s lease sites are located around 30 kilometres off the coast of North West England and North Wales and will accommodate two offshore wind farms with a total installed capacity of up to 3 GW.

In addition, the joint venture has been awarded an offshore wind development site in ScotWind, Crown Estate Scotland’s offshore wind seabed leasing round.

The Morven offshore wind farm in Scotland, located some 60 kilometres off the coast of Aberdeen, has a potential generating capacity of 2.9 GW, sufficient to power the equivalent of more than 3 million homes, according to the developers.

When it comes to Masdar, the UAE company is already active in the offshore wind sector. In the UK, Masdar owns a stake in the London Array offshore wind farm and in Hywind Scotland.

The company also recently ventured into the US offshore wind market, where it was shortlisted as an eligible bidder in the latest lease sale for areas in the Carolina Long Bay. 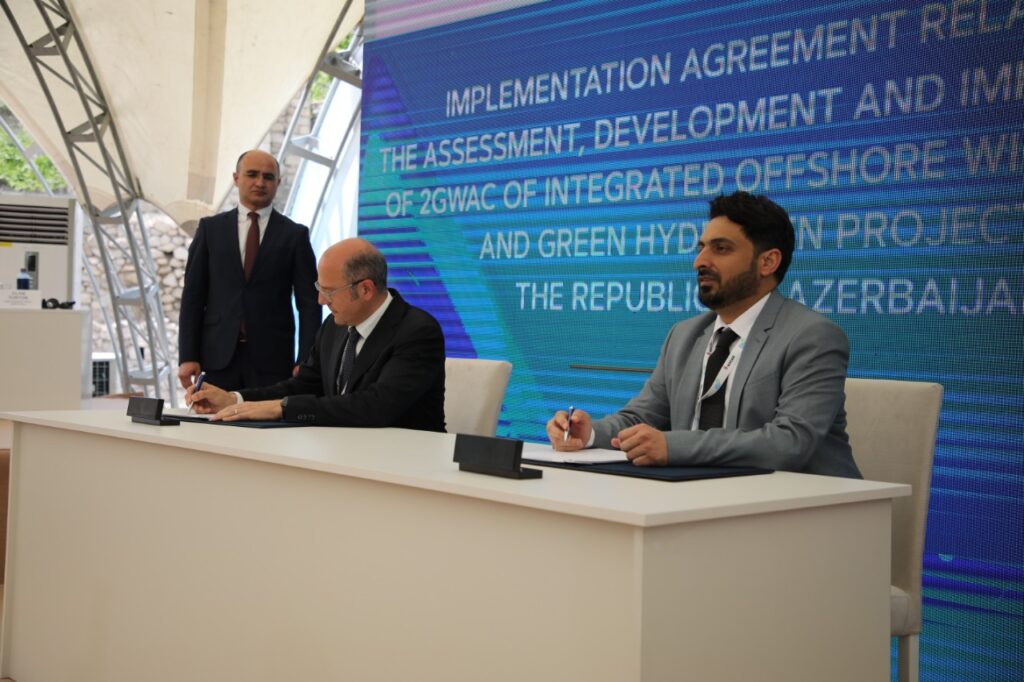