The funding will be used to develop the world’s first hydrogen-producing offshore wind turbine, with the electrolyzer sited directly onto an existing operational turbine, Vattenfall said.

The pilot project at Vattenfall’s 97 MW Aberdeen offshore wind farm, also known as the European Offshore Wind Deployment Centre (EOWDC), will have an output of 8 MW and will be able to produce enough hydrogen every day to power a hydrogen bus to travel 24,000 kilometers. The hydrogen will be piped to shore at Aberdeen Harbor.

”We are very happy with the Government funding. Placing hydrogen electrolyzers on offshore wind turbines is likely to be the quickest and cheapest way of providing fossil-free hydrogen at scale,” said Danielle Lane, UK Country Manager for Vattenfall.

HT1 aims to be the first in the world to test the full integration of hydrogen production with an offshore wind turbine. The project will also map out development and consent processes for large-scale hydrogen projects co-located with offshore wind farms to speed up future development, Vattenfall said.

HT1 consists of hydrogen production equipment including desalination, electrolysis, and associated balance-of-plant closely integrated with the turbine power electronics, physically coupled with the turbine, on an extended platform which will encircle the base of the turbine.

Turbine power will be dedicated to hydrogen production, and the electrolyser is expected to operate without requiring energy supply from the national grid.

The hydrogen will be transported to shore via pipeline for processing and delivery to end-users.

To accelerate demonstration of the pilot and maximise cost efficiencies, Vattenfall will aim to commence operation by early 2025.

Back in December 2021, Vattenfall awarded Fugro with a contract to carry out a geoscience survey and subsequent data processing and reporting for a proposed hydrogen pipeline route connecting the wind farm to the Aberdeen Port.

The developer has since also submitted applications for pipeline route surveys with Marine Scotland, and for an Environmental Impact Assessment (EIA) Screening Opinion Request accompanied by a report.

Aberdeen offshore wind farm has been operational since 2018 and is Scotland’s largest offshore wind test and demonstration facility. 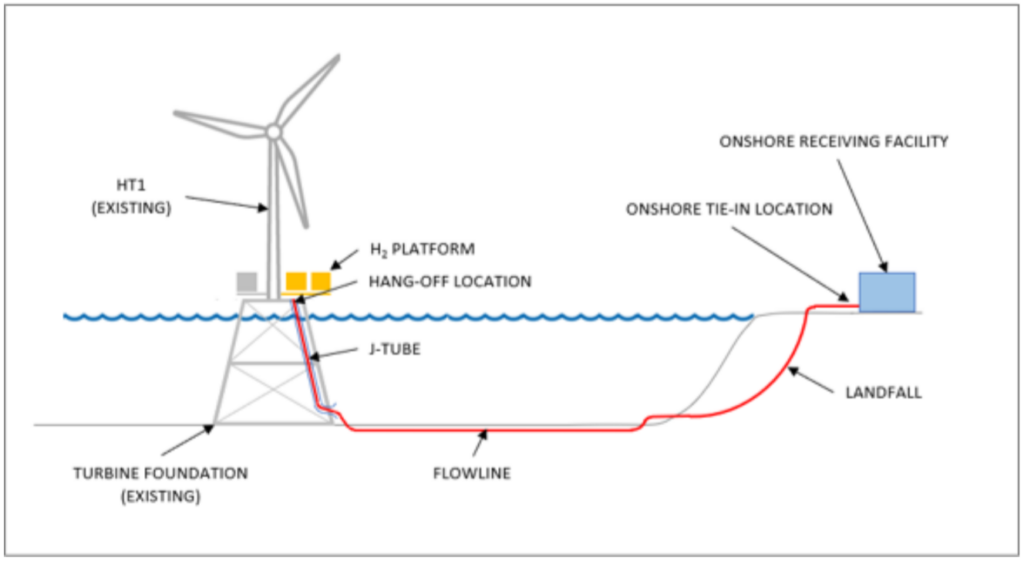