Read the latest article on the new offshore wind commitments by Belgium, Denmark, Germany, and the Netherlands and the EU’s new REPowerEU strategy:

Belgium, Denmark, Germany, and the Netherlands are set to reveal a joint offshore wind target of having at least 150 GW of generation capacity installed by 2050 to speed up the phase-out of fossil fuels and to minimise reliance on energy imports from Russia.

The offshore wind target will be announced today (18 May) at the Esbjerg Offshore Wind Summit by the Danish Prime Minister Mette Frederiksen, German Chancellor Olaf Scholz, Dutch Prime Minister Mark Rutte, and the Belgian Prime Minister Alexander De Croo, in the company of the President of the European Commission Ursula von der Leyen.

“Historic day today with official launch of 150 GW (!) offshore wind target by 2050 in Denmark, Germany, Netherlands and Belgium alone. Add to that ambitions from UK, Norway and other countries, and the North Sea will end up being THE power plant of Europe. To the benefit of our climate, communities and our energy independence”, Ørsted’s CEO Mads Nipper said via social media.

With their 150 GW pledge for 2050, the four EU member states have a joint target of half of the capacity aimed for the entire EU by that time under the EU Offshore Renewable Energy Strategy, issued in November 2020.

The four countries’ officials will not be the only ones to announce big plans in the renewable energy arena today as the EU will launch the REPowerEU plan to make Europe independent from Russian fossil fuels well before 2030.

To strengthen Europe’s energy security, among other things, REPowerEU aims at the EU having 480 GW of wind energy capacity in 2030, including both onshore and offshore. Currently, there are around 190 GW installed.

“It’s fantastic that the four EU North Sea Heads of Government and the European Commission President will come together in Denmark to make new commitments on offshore wind. And that they will do so the very day the EU launches its big REPowerEU action plan to transform Europe’s energy system”, said Giles Dickson, WindEurope CEO.

However, Dickson noted that the new offshore wind commitments could only be delivered with a viable wind energy supply chain and simplified permitting of wind farms. “Good things are now happening on the latter. But the former needs major attention: Europe’s five turbine manufacturers are all operating at a loss today”. 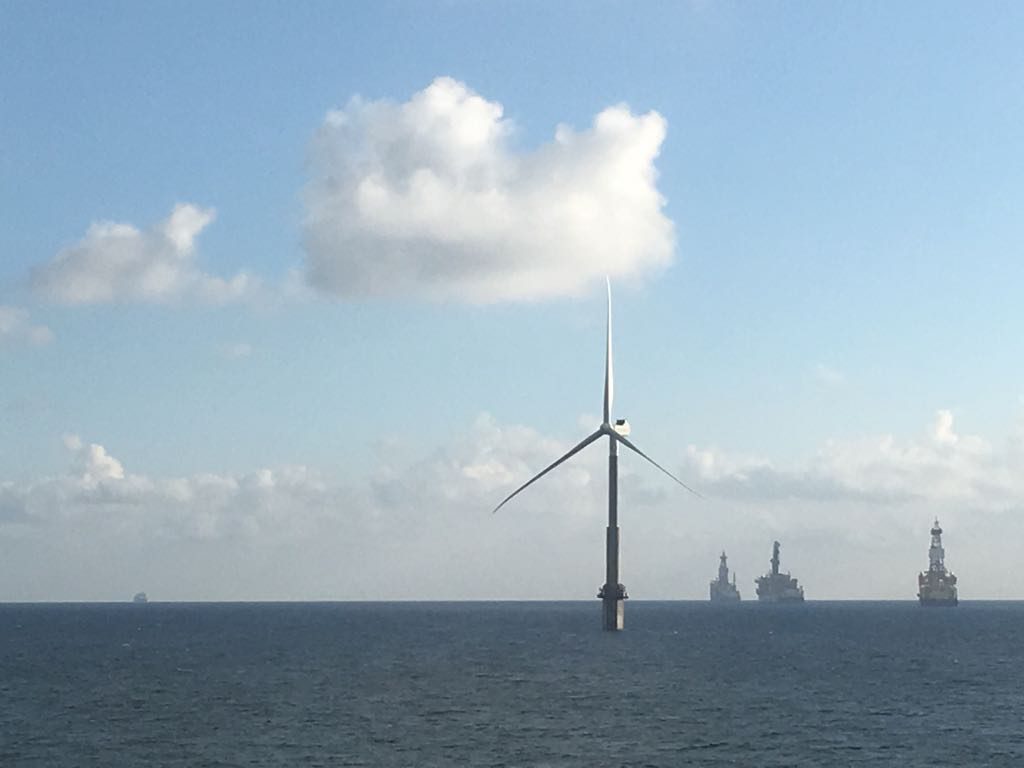