Following this move, the 74-metre Aqua Helix will undergo “a shakedown of all her systems during the sea trials”, Damen said.

According to the company, the vessel is able to achieve a 40-knot speed and accommodate 122 passengers.

The Aqua Helix entered into the final phase of its commissioning in February, with the Ampelmann gangway installed and integrated with the ship’s systems.

Engineered for minimum weight and fully electrical operation, the S-type motion-compensated gangway plays a “vital role” in offshore crew transfers along with the VEEM gyrostabilizer, the company said.

Operating out of Den Helder, the initial focus of the Damen FCS 7011 will be on offshore wind and oil and gas operators in the North Sea. 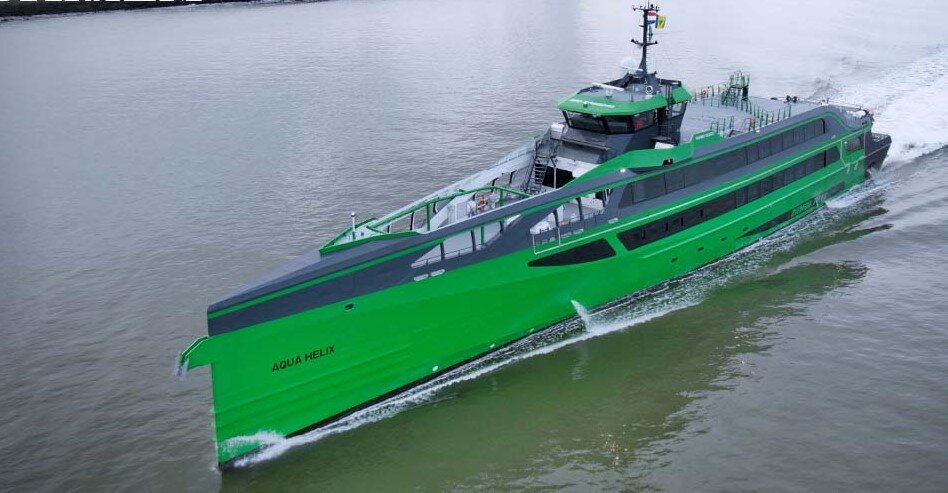