The first wind turbine components, a number of tower sections, for the 450 Neart na Gaoithe (NnG) offshore wind farm have arrived at the Port of Dundee in Scotland.

Jointly owned by EDF Renewables and ESB and under construction 15 kilometres off the coast of Fife, NnG will comprise 54 Siemens Gamesa 8 MW wind turbines expected to deliver first power in 2023 and be fully commissioned in 2024.

Over the next few months, a total of 162 tower sections, 162 blades, and 54 nacelles will be delivered from Siemens Gamesa.

A total of 72 turbine tower sections and 36 blades are due to travel up the River Tay by barge in March and be brought alongside the new DunEco Quay. They will be imported onto Scotland’s new, custom-built wind turbine marshalling facility.

NnG’s 54 turbine towers will be assembled at the Port of Dundee before being placed on a specialist wind turbine installation vessel alongside nacelles and turbine blades which will transport them to, and install, the turbines at the site of the offshore wind farm.

NnG’s two offshore substations will soon be commissioned and energised with further drilling, piling, and grouting work on the foundations carried out.

The 54 jacket foundations, on which the turbines will sit, will be installed in 2023.

Onshore, the project’s new substation will be finished in 2022 as will the new Operations and Maintenance Building at Eyemouth in the Scottish Borders. 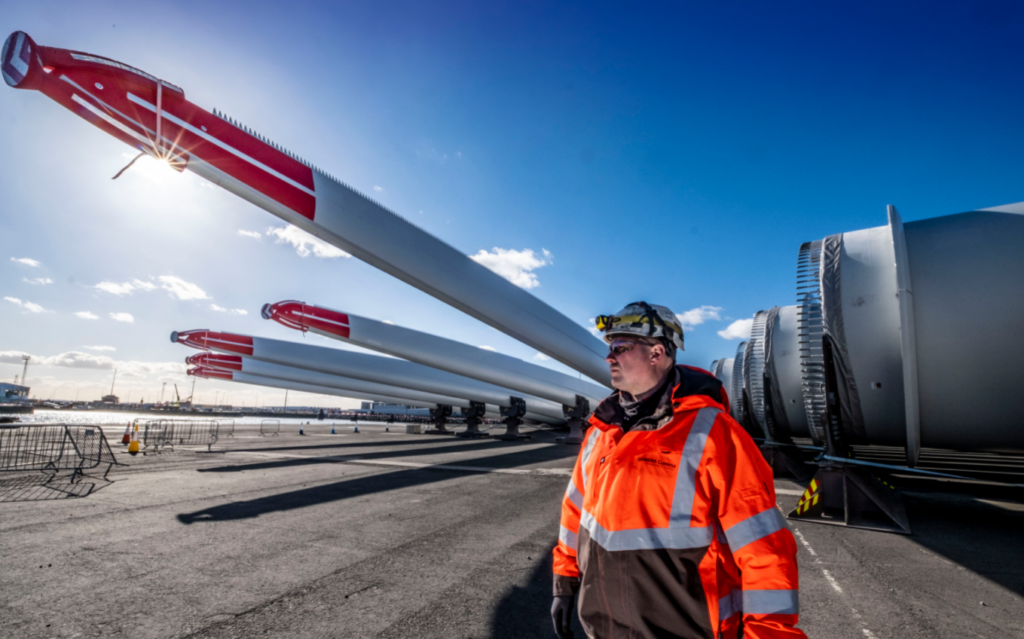